Tony & Chelsea talk about Olympus cameras closing their imagining department, the company that “bought” it, and what this means for Olympus shooters and the future of Olympus cameras. 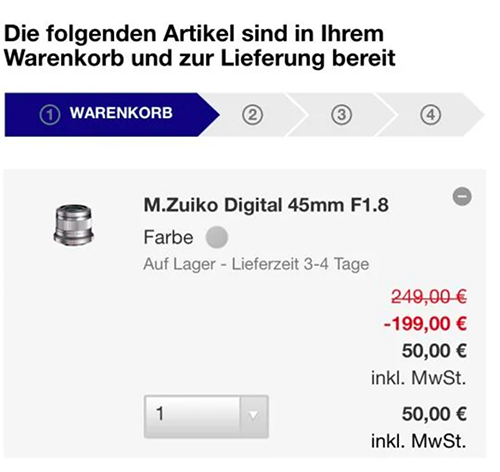 You get this 45mm f/1.8 lens for 50 Euro only at Olympus Germany (Click here).  Note, choose the silver lens that is in Stock now. The Black version is not in Stock yet. Once you add it in your basket you will see the discount!

The 30% discount on the newly announced Nik Collection 3 (Click here to see all details) will end soon: 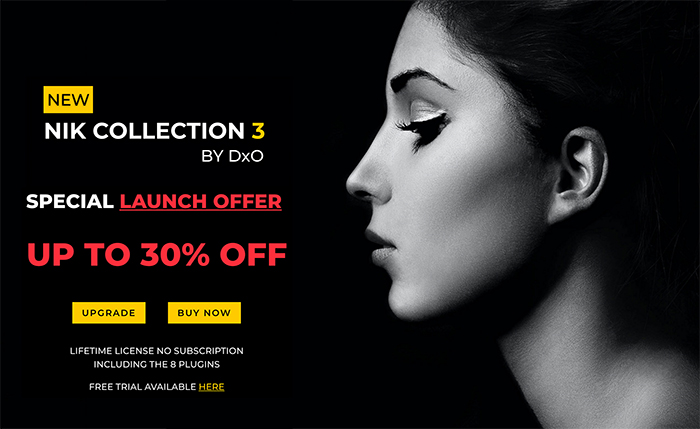 The German magazin Photografix analyzed the activity of JIP. In most cased JIP resold the companies that they bought. A few examples:

The interesting news is that JIP also had bought Olympus Smartphone division “ITX” in 2012. They sold it three years after. Photografix believes there is a chance that JIP will handle the Imaging Division like the Vaio division: Make it slim, outsource production to lower the costs, and maybe Olympus will still have a small remaining stake in this business.

But there could be also this darker scenario:

Doug Janis summed up the (possible?) dark truth about JIP, the company that is going to buy the Olympus camera business. Warning: I don’t know what’s going to happen and I have no elements to say if what Doug is writing here is correct. But my feeling is that in those days it’s a better bet to believe in “rumors” than in company statements :(

YoY Olympus Imaging (its camera wing) is losing US$156 million.

JIP specializes in taking under-performing assets and parsing them out. They are not a turnaround company. In Japan, it’s extremely expensive to downsize employees and pensions and salaries. So companies like JIP exist to take assets and sell them apart from those obligations.

In the last 5 years JIP has sold off assets of over 14 companies. Not one has it ever restructured or continued development. It doesn’t have the capital. JIP exists solely to manage brands for the benefit of shared agreements with shareholders. That’s why VAIO is 10% owned by Sony and why JIP outsources all design and manufacture to Chinese parts bin suppliers for components. JIP has no R&D, no internal development, no engineers, nothing. They are accountants.

They are a vulture fund of privately owned equity partners designed to get around Japanese pension, retention, and servicing laws.

This is very bad news for the Olympus brand and its invested customers. The Japanese news is all over this as well because JIP is notorious for Chinese outsourcing at a time when it’s official domestic policy to onshore key industries. This is another example of Olympus having a tin ear.

In Japan apparently most external sales staff (non-Japanese) have been let go. This started months ago. Most of the software, design, and optical engineers have left or are moving to medical imaging. Overseas assembly plants are being quietly shopped for real estate value alone. The glazing kilns are shutting down for consumer Imaging. The company is preparing to only sell from inventory. New products are technically on hold until Olympus figures out how much to pay JIP to take these losses off their hands. Olympus Visionaries in some countries have already been told they must stick to NDAs and there is no marketing budget nor equipment available.

That’s right. The news out of Japan is that this is NOT a sale, but a divestment at loss. Olympus will have to pay JIP to take Imaging, basically giving them the consumer patent portfolio in exchange. The reason for the press release is Olympus has to divulge now that it will be paying cash for JIP to take the assets. That warns shareholders. This was NOT about the loyal consumer. Anyone who thinks this is a deep pockets investor seeking a new product line, or this is an “under new management” improvement needs to know exactly what JIP is as a company. They exist to help Olympus get rid of their consumer Imaging portfolio entirely.

This is likely the end of Olympus and Zuiko. The Japanese inside information is much more revealing than the web-based stories in English media. You have to go to the accounting and engineering boards in Japan to hear the dirt.

I now have a small rationale hope and a crazy hope:

Thanks Doug for the nice writing and Mistral for sharing

Today the Olympus Imaging Business has signed a memorandum of understanding (MOU) with Japan Industrial Partners, Inc. (JIP). According to the MOU, both companies are entering into further discussions about the potential transfer of Olympus’ long-standing imaging business to JIP by the end of 2020.

JIP is a strong investment fund with a track record of success and has maximised the growth of many brands. JIP will use the innovative technologies and solid brand position of Olympus within the market, while also improving the profit structure of Olympus’s imaging business.

We understand you may have many questions, all of which we will work to answer in the upcoming weeks. We ask for your patience: we believe this is the right step to preserve our brand’s legacy, the products, and the value of our technology. Olympus sees this potential transfer as an opportunity to enable our imaging business to grow and delight both longtime and new photography enthusiasts. Olympus and JIP will continue discussions, and we are committed to providing full transparency about our intentions as the plans solidify.

We are grateful to all our customers for their loyalty and support for our products, and their passion for photography. During the ongoing discussions, Olympus Imaging will operate with business as usual: we will continue to work on innovative initiatives for our customers and we will launch new products as planned.

For the full statement, please tap through here: www.olympus-global.com/news/2020/nr01695.html

43rumors note: Sorry to say that I do NOT see opportunity to grow. My only hope now is in Panasonic. Lets get this nice GH6 :)

You can use our checkout code “RUMOR” to get an additional 15% discount on all TOPAZ products (Click here). This is what you save on the single products: