You ever wondered how many megapixels a camera should have to match the resolution of the human eye? Well the answer is really incredibly complex. At the end we can only make an approximation and 576 Megapixel should be enough for the eye to get fooled by the image as it would be “real”.

Here is the video that explains why you would need that resolution: 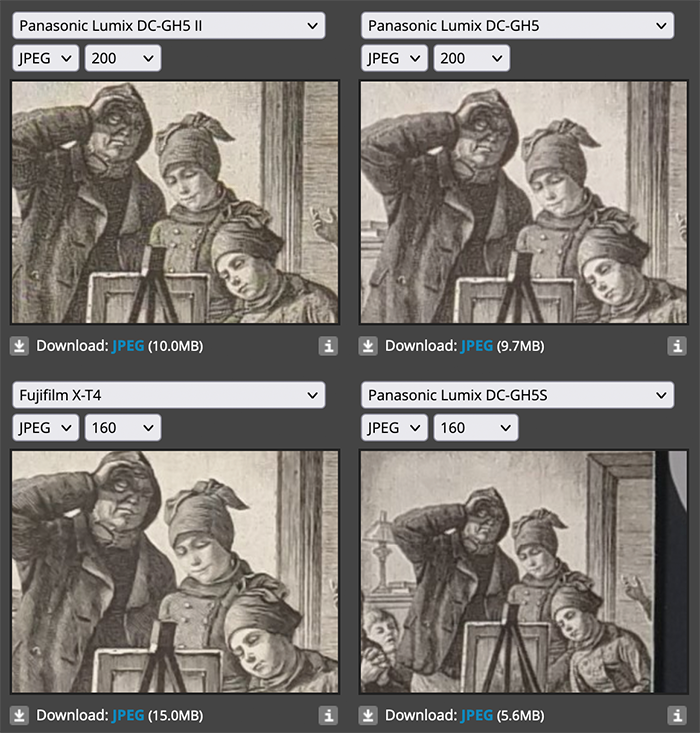 At base ISO there’s no appreciable difference between the GH5 II and the original version. There’s a slight improvement in apparent sharpness, but this is likely to be due to the use of a more expensive lens on the newer model. As with the original GH5 there are hints of moiré, which makes sense, given the absence of an anti-aliasing low-pass filter.

At very high ISOs there appears to be a slight ISO advantage to the newer camera, but it’s not sufficient to make a visible difference at lower ISOs. The JPEG engine appears to be tweaked a little to hold onto a little more detail in low light, though.

There’s not enough of a difference in color response for us to conclude whether this has been adjusted, though there’s a hint of the more muted caucasian skin tones shown by the GH5S. Overall, then, not much difference you’re likely to notice in day-to-day shooting.

Delving a little further in dynamic range, in our exposure latitude test, the deep shadows of the GH5 II’s files look a touch noisier than those of the existing camera, which contradicts the numerical assessments made by DxOMark and PhotonstoPhotos. This could be the result of mis-calibration of the black point in Adobe Camera Raw, which doesn’t expect you to use the extreme deep shadows of images (ie the last few stops of dynamic range), but we’re not seeing the improvements reported when we look at the images.

Why I’m With Olympus: Tesni Ward

A source told us this:

I am sure Panasonic will share more GH6 specs this autumn but with the worldwide chip shortage it’s very likely you will get the camera in your hands by early 2022 only. I guess hybrid AF means we can expect to get both: phase and contrast detection AF!

This is a review of my Panasonic GH5 MK II. The GH5 mark 2 is a micro four-thirds mirrorless camera designed for video use and for photography. This video will cover the 5 things I learned about the Panasonic Lumix GH5 MK II before I destroyed it accidentally. Additionally, I will show you the low light performance of the Gh5II versus the GH5 and GH5S at the same ISO values. Timestamps and links are listed below. This video is not sponsored so if it’s helpful please leave a thumbs up.

I’ve been shooting with the Panasonic GH5 MK II for the last few weeks and there’s a lot to like about it when compared with other MFT camera systems. This video will showcase Vlog-L, 10bit 50p/60p, color profiles, slow motion, and much more.