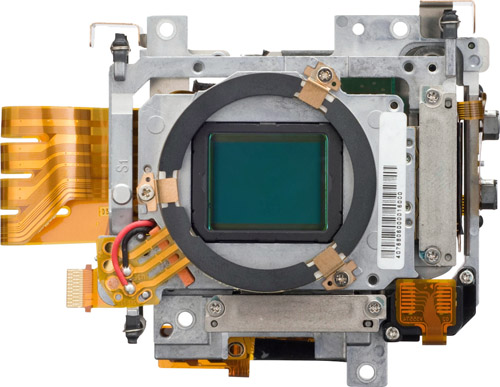 The Panasonic sensor (for the Olympus E-30)

It’s not a secret that Olympus is working on a Pen Pro camera line. We long discussed on 43rumors how those cameras should be to deserve that “Pro” definition. Many agreed that Olympus would have to get rid of the Panasonic agreement that forces them to use the second generation sensors (Olympus still hasn’t used the [shoplink 14826]GH1[/shoplink] or [shoplink 16254]GH2[/shoplink] sensors in PEN cameras). I know from my sources that Olympus tested Kodak sensor (two years ago) and Sigma sensors. But those were only prototypes and Kodak isn’t developing any CMOS sensor anymore. And I was told that they were not happy with the noise at High ISO of the Sigma sensor. But the rumor I got now is  a huge but also very welcome surprise! Before you read the rumor let me add that I got the info from a well known source. I asked him thousand times if he was really sure about that rumor he gave to me. He said he is 100% sure! But it’s to early to give that rumor a high credibility. I hope some other of my trusted sources can help me to confirm (or deny) the rumor. Thanks!

So here it is:

Olympus has designed their own very first Four Thirds sensor! And it’s going to be used inside the next Pen Pro camera. The sensor is 100% designed by Olympus and will be produced by Panasonic. If the recent Japan earthquake disaster didn’t delay anything than the PRO camera should arrive within 2011. The source could not give me any specs about the sensor but a second new source told me that Olympus has developed the sensor with “photography” in mind. He expects a low Megapixel sensor with high dynamic range and better image quality than any other current m43 sensor. I should receive more info about the sensor soon. But let me say I am crossing my fingers for that news to be true!

One more thing: The Pen Pro definitely has a built in electronic viewfinder (EVF). That has been confirmed by some of my other sources too. I don’t know yet if it will have a DSLR (EVF in the middle) or a rangefinder style like the [shoplink 16136 ebay]Olympus RC[/shoplink]. I bet such a camera would be at least as popular as the [shoplink 19929]Fuji X100[/shoplink].

As soon as the source gets back to me to tell me more I will post the new info on 43rumors. Just a reminder. We expect new Olympus pro m43 lenses to be announced in June!