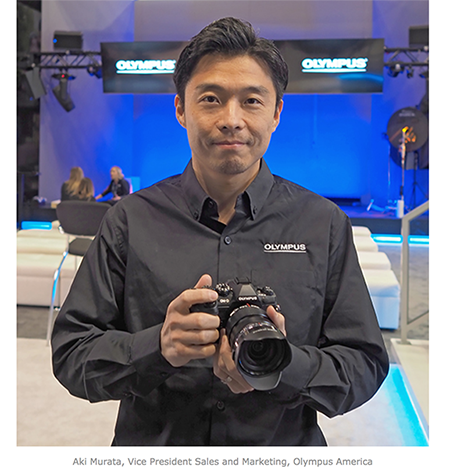 Imaging Resource talked to Aki Murata, Vice President Sales and Marketing, Olympus America. And he ruled out that Olympus will go Full Frame. Imaging Resource writes down the arguments:

Olympus’ natural market is in the outdoor/moving-subject

While it seems that almost everyone else in the business is chasing after full-frame mirrorless (Fujifilm and Ricoh excepted) Murata-san made the point that those other players are in the process of leaving behind an important and very significant segment, namely people for whom compactness, light weight and ruggedness are supremely important.

While modern full-frame camera bodies can be quite compact, the lenses that go along with them are a lot larger than their Micro Four Thirds counterparts, especially as you get to telephoto focal lengths. All else being equal, a bag full of full-frame lenses is going to be a lot bigger and heavier than one packed with the Micro Four Thirds alternatives.

Rather than being concerned that they can’t compete in a world dominated by full-frame camera systems, Olympus is rejoicing that the competition has left them with a huge market segment virtually all to themselves.