Here are the first leaked images of the new Olympus E-m1III. We also got the full press text and other 12-45mm f/4.0 lens images: 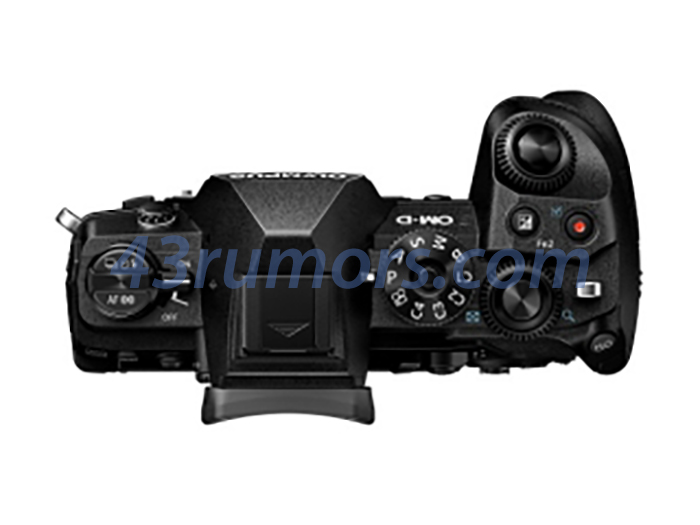 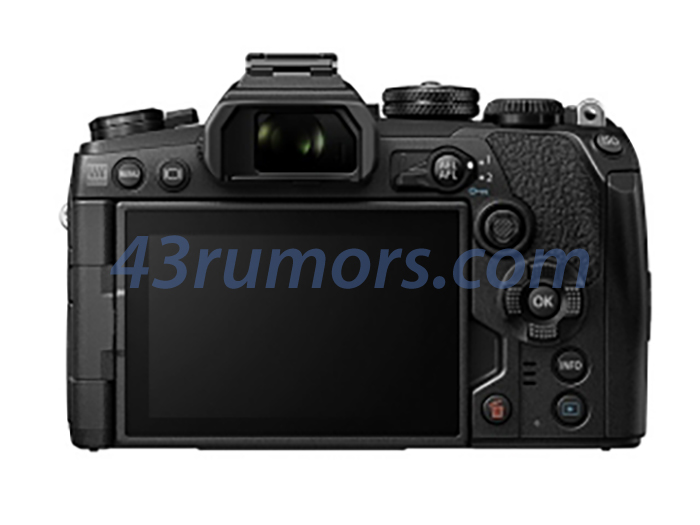 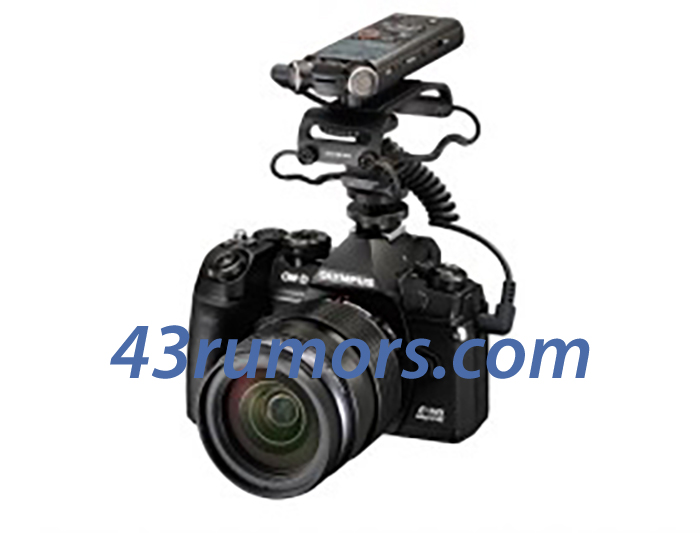 ..High-speed, high-precision autofocus
The OM-D E-M1 Mark III is equipped with a 121-point all cross-type On-chip Phase Detection AF sensor for focusing on various areas of the screen. It offers 75% vertical coverage and 80% horizontal coverage of the screen for a wide focusing area. Paired with an advanced AF algorithm, this feature can continually focus on fast-moving subjects with a high degree of precision. Unlike DSLR cameras, there is no degradation in AF precision when using a fast lens. The E-M1 Mark III offers high-precision focusing that can sufficiently bring out the capabilities even of large-diameter lenses such as those with a maximum aperture of f1.2.
AF/AE tracking is possible at maximum 18 fps high-speed sequential shooting while maintaining the full pixel count of 20.4 Megapixels. The subject can also be checked in the viewfinder during high-speed sequential shooting for accurate tracking.
A multi selector makes it possible to quickly shift AF areas with your thumb while looking through the viewfinder. Because users can move the AF areas with the multi selector during sequential shooting, it is possible to accurately focus even on subjects that move erratically, as e.g. often found in wildlife photography. The 43rAF target loop setting is also added, which, based on user selection, either stops the AF target at the edge of the screen or moves it to the opposite edge.

..Face Priority/Eye Priority AF
Face Priority / Eye Priority AF, which automatically detects and focuses on peopleÅfs faces and eyes, is now more advanced. The new image processor TruePic IX features higher processing capabilities and improved AF algorithms to better detect small faces and eyes, whilst keeping stable focusing on a subject even in situations where face detection was difficult in the past (such as e.g. focusing on the sides of faces). It is now also possible to use either the buttons or touch operations to select faces when shooting still images or videos, and detection on or off can be changed with the touch of a single button. Along with versatile video functions, this feature makes the E-M1 Mark III a great tool for vloggers.

..Starry Sky AF
Starry Sky AF, which is new for the OM-D E-M1 Mark III, is a feature that will revolutionize the world of astrophotography. In the past, photographers have traditionally relied on manual focusing. A new algorithm was developed to enable accurate focusing even on the tiniest stars shining in the night sky, enabling ultra high-precision autofocusing. One of two modes in Starry Sky AF is the Speed Priority mode (default setting), which prioritizes focusing speed and complete AF operations in a short period of time. Thanks to the powerful image stabilization, this feature makes handheld astrophotography possible using a wide angle lens. The second mode Accuracy Priority uses a fine-tuned focus scan and is effective for shooting specific stars with telephoto lenses.

..SSWF (Super Sonic Wave Filter)
With Olympus advanced SSWF (Super Sonic Wave Filter) technology (which vibrates the image sensor filter with an acceleration of several thousand G 30,000 times per second to powerfully shake off dust and dirt) and a new sensor coating introduced with the OM-D E-M1X, dirt cannot stick to the sensor, reducing spots in images to 1/10th of that in conventional models. The high-durability shutter unit in the E-M1 Mark III clears 400,000 operation tests and therefore offers a high level of reliability.

..Handheld 4K video
The E-M1 Mark III features an IS mode specifically designed for video recording. Electronic stabilization combined with in-body 5-axis stabilization delivers powerful image stabilization particularly useful for videographers. This provides a high level of performance for handheld video content creation without using a tripod or other stabilizing device, even when shooting in high-resolution formats, which are susceptible to the effects of camera shake, such as 4K or Cinema 4K (C4K).
This model supports OM-Log400 shooting, which enables shooting without loss of details in shadows and highlights, along with color grading for a high degree of freedom over images. In order to make Live View images more visible, a View Assist function is available, which converts the colour gamut to Full HD standard BT.709 equivalent for display.

..Weather sealing
The rugged magnesium alloy body of the OM-D E-M1 Mark III features Olympusrumors acclaimed dust-, splash- and freezeproof design to allow for shooting in any location and environment.

..Olympus apps and software
The OI.Share smartphone app can be used to connect to the camera via Wi-Fi, import shooting data to a smartphone, and to use the smartphone for remote camera operation. OI.Share can now also be used to update the camera firmware and backup and restore camera settings for the OM-D E-M1 Mark III.
Olympus Workspace can handle professional tasks such as RAW processing and image editing, along with offering a great deal of freedom over screen layout, etc. Connect a computer to the OM-D E-M1 Mark III via USB to enable high-speed RAW processing with Olympus Workspace using the new image processor TruePic IX. Clarity and Dehaze editing filters are included for a greater range of expression in astrophotography, etc.
By using Olympus Workspace Version 1.3, being released at the same time as the OM-D E-M1 Mark III, it makes it easy to replace the audio files of the recorded video to High res sound recorded by using Slate Tone on the LS-P4 / LS-100 while recording video.
This control software for computers meets the demands of studio photography. When using the software, live shooting results can be imported via Wi-Fi without using a USB connection, providing powerful support for the workflow of studio shooting. It supports high-speed 5 GHz band communication. 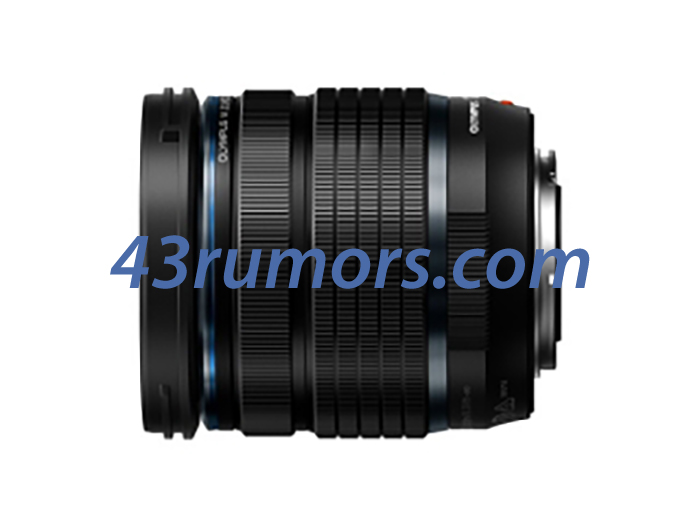 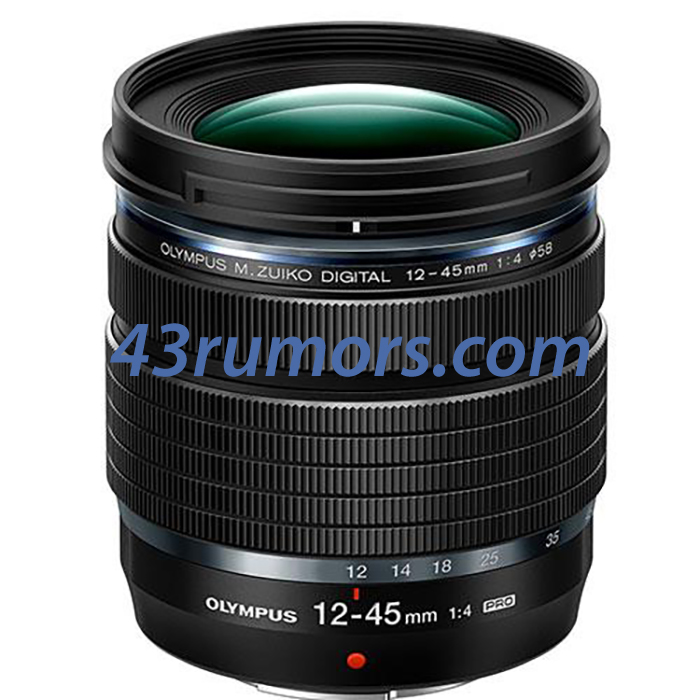 ..High-performance standard zoom lens
Effective placement of special lenses in the M.Zuiko Digital ED 12-45mm F4.0 PRO lens allow for the world’s most compact, lightweight design covering a focal length from wide angle 24mm to telephoto 90mm (35mm equivalent). A small and lightweight focusing lens enables high-speed, precise AF for any subject. The lens features a dust-, splash- and freezeproof construction with sealing in 9 places to keep out dust and rain, providing peace of mind when shooting on the go.

..Superb macro capabilities
Enjoy intense macro shooting with a maximum magnification of 0.25x (0.5x 35mm equivalent) across the entire zoom range. The closest focusing distance is 12 cm at the wide-angle end, and 23 cm at the telephoto end, delivering a wide range of macro shooting effects such as wide-angle macro shots that emphasize a sense of perspective by capturing vast backgrounds, and telephoto macro shots for more significant background defocusing effects. Diverse macro effects are possible, such as Focus Stacking , which generates a single image on the camera with a large depths of field in focus from the foreground to the background.

..Fixed aperture value across the entire zoom range
Effective placement of aspherical lenses and ZERO (Zuiko Extra-low Reflection Optical) coating – which provides clear depictive performance – drastically reduces aberrations, ghosts, and flares for sharp, high-definition image quality. Suppressing loss of light at the edges of images makes it possible to obtain bright, clear depictive performance up to the very edges. Because the aperture value is fixed across the entire focal length, it is easy to control the exposure when zooming and recording video.

Thanks to the anonymous tipster!