The Panasonic G2 with the new Nokton 17.5mm lens.

So guys! The first half of the year is over and we had some very intriguing new products. And I expect many more exciting stuff from now one until Photokina. This includes the new Olympus PEN cameras, the GH3, and many new lenses. Anyway, I now want to know from you what’s the best new Micro Four Thirds products that has been announced the first half of this year. Take time and think what’s the one camera/lens that added most value to the m43 system! 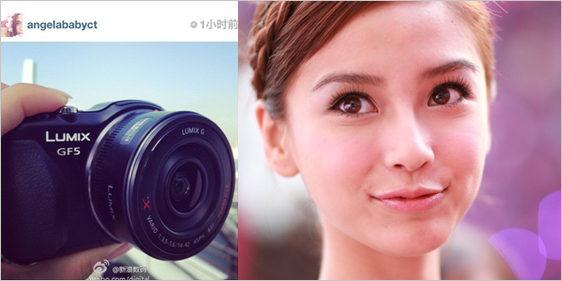 The Hong Kong website Sina reports that Hong Kong Model Angela Baby lost the contract with Panasonic and got some extra penalty charge. She was the one leaking the GF5 on her Instagram profile while shooting a commercial for Panasonic.

So no more leaks from Top Models guys, we have to do it all for our own now :) Yahoo Japan reports that Olympus President Sasa confessed the Olympus E-M5 sensor has been made by Sony. If the news has been reported correctly than it’s nice to hear that within the Micro Four Thirds world we have some sort of competition even on the “sensor level”. Now, if only Canon would join the m43 world…joke! This is not going to happen :)

Case:
There is the official CS-36FBC Olympus case. A leather half case from Hong Kong. A full leather case with strap from Cina. Than we have half cases from two well known producers, Zelenpol, Kaza and Gariz.

Batteries, and other things:
The Olympus GS-4 strap and the DSTE E-M5 batteries you have to use with an extra charger. There is an E-M5 car charger a new E-M5 LCD screen and a Front Cover+ Top Panel.

Olympus Japan announced that the new 75mm f/1.8 lens will start worldwide shipment on Julty 6th. Meantime Robin Wong announced that he will soon publish his lens review. Robin posted an image of what looks like a Black 75mm lens version but he said it’s a normal silver one and the black color is just an effect of some post processing. Click on the shop name to check the Olympus 75mm page and price: Amazon, Adorama, BHphoto, J&R, Amazon Germany, Amazon UK, Amazon France, Amazon Italy, Amazon Japan and on eBay.

For EU readers:
Meantime my European colleagues may like to know that four new Nokton 17.5mm are back in Stock for1139 Euro at La Petite Boutique on eBay (Click here). And plenty of cheap refurbished E-PL1 cameras are now sold by Olympusmarket (Click here).

What you see here on top is the new E-M5 nauticam housing and I posted the full rpess release on the bottom of this post. This is great news but I wanted you guys to see this: http://www.flickr.com/photos/songmatin/7429298362/. It’s an E-M5 connected with an iPhone with what looks like an APP created to control the E-M5. UPDATE: This is fake! Anyway, great to see what a buzz such a fake image can create. Hope Oly takes notice of it!
Click the links to open the full press release:

For weeks now I am solving a series of minor issues on 43rumors and Mirrorlessrumors. I disabled the member messaging and member registration. The main reason is that I want to do a full checkup and upgrade that solves any spam or loading issue. If all works fine in two weeks 43rumors will load faster and be more spam-proof. Yesterday the website was offline for a coupel of hours. The main problem was MirrorlessRumors that had a broken comment system (now fixed).

Thanks for the patience! And now let’s go one with a real FT5 rumors…coming soon ;)

A great image of the E-M5 with Panasonic 12-35mm X lens compared with the Canon 5DmarkIII and Tamron 24-70mm. (via DSLRmagazine).

Olympus will allow the publishing of 75mm f/1.8 reviews and image samples from next Monday only. That’s why we didn’t see any full review until now (although Cyberphoto Sweden posted some images anyway).
Meantime the Panasonic 12-35mm lens is in Stock for the first time via Hong Kong reseller at Amazon US (Click here).