Sony announced a new 10 Megapixel Four Thirds sensor. That sensor is not going to be used on any future MFT camera. But there may be a higher Resolution version in the near future.

The particular new feature of the sensor is the Quad Bayer Coding HDR. Sony writes:

“In this case there is no time difference between long-time integration and short-time integration, which realizes HDR with little blending offset when imaging moving subjects”

Here are the fulls ensor specs: 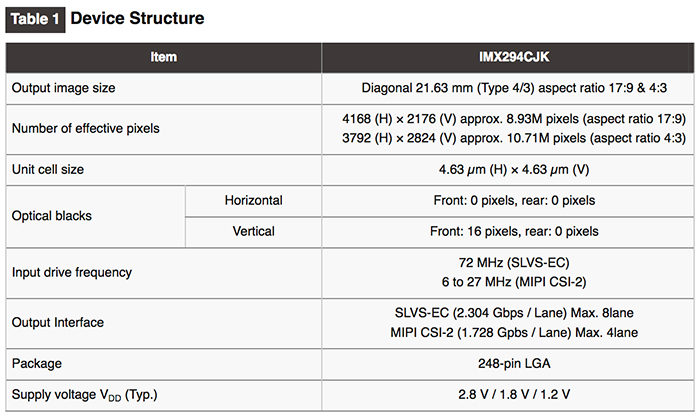