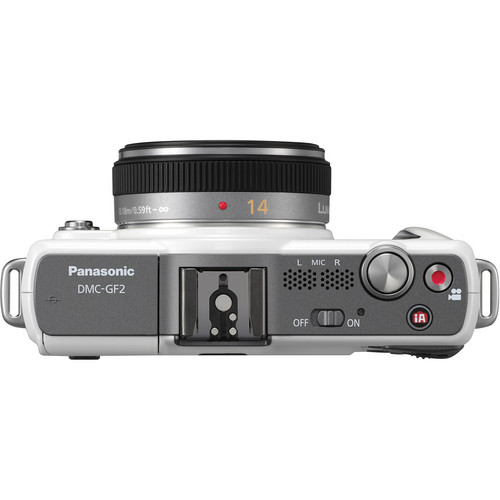 Panasonic UK just released a press release saying the GF2 will be in Stock (in UK) starting from today. There are a few very interesting info:
1) 1 of 4 system camera sold in December (in UK) is a mirrorless camera (Panasonic calls it CSC=Compact System Camera).
2) Mirrorless share grow 194% vs. the previous year!
3) 1 of 10 of all changeable lens cameras sold were from the Panasonic!

Those are good news for Panasonic. I hope this will convince the head office to increase the camera production to satisfy our demand for a shorter time supply!

The GF2 is already in Stock at Amazon UK, via third party resellers at Amazon DE and at [shoplink 19414 ebay]asian+european eBay resellers (Click here to see current auctions)[/shoplink].
According to BHphoto (Click here) the GF2 will arrive in February. Also Amazon US and Adorama are accepting preorders.

Following a year of great success in 2010, Panasonic is ready to kick start 2011 with a bang as tomorrow marks the launch of the next great Lumix G camera, Lumix GF2, in a store near you. Already awarded 5 magazine awards since announced in November, the GF2 is the smallest and lightest system camera from Panasonic, boosting DSLR like photo performance and Full HD movies with stereo sound.

At the end of last year we saw that the total changeable lens (DSLR + CSC) market was up 22.8% in December 2010 vs. December 2009. Panasonic believe that this growth has come from a dramatic increase in consumer demand for creative and high quality photos.

1 in 4 changeable lens cameras sold in December came from the new breed of Compact System Cameras (CSC), as product and lens ranges in this developing format grew. CSC actually grew an impressive 194% vs. the previous year (1). This significant shift can be put down to the smaller size and easier to use attributes of a CSC compared to a DSLR camera – Anyone who enjoys photography can now take professional looking photos without hassle.

The good news for Panasonic is that in December 2010 over 1 in 10 of all changeable lens cameras sold were from the Panasonic Lumix G system camera range, making it the best selling CSC range in Christmas 2010 (2). Panasonic is very proud to hold 11.3% market share with the DMC-G2 as its best selling model.

To prove that anyone can take creative shots look out for the new GF2 which launches on 28th January and is a must have camera of 2011.