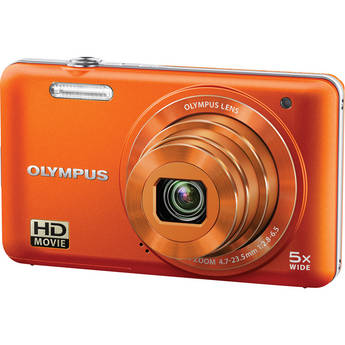 This comes as a “no surprise” for everyone here. The Wall Street Journal reports: “Olympus said it will eliminate its V series of compact cameras – the cheapest in its lineup, selling for less than $200. Its camera business posted a loss in the last fiscal year through March, because demand for compact cameras turned out to be weaker than expected, the company said.“. Olympus will focus their resources on the mirrorless system cameras and on high end compact cameras. As I told you a couple of days ago expect a new OMD and a new high end compact fixed lens camera to be announced within the next 3-4 months!

Japan Times also reports about Olympus current financial situation: “Olympus Corp. said Wednesday it returned to the black in fiscal 2012 with a group net profit of ¥8.02 billion, compared with a loss of ¥48.99 billion in the previous year, due partly to an improvement in its medical instrument business. But its imaging business, mainly consisting of digital cameras, logged an operating loss of ¥23.07 billion, posting a third straight year of red ink that weighed on the firm’s earnings. Olympus reported an operating profit of ¥35.08 billion, down 1.2 percent, on sales of ¥743.85 billion, down 12.3 percent. With the market for compact digital cameras rapidly shrinking, Olympus set its sales target for compact cameras at 2.7 million units for the current business year, compared with 5.1 million units in fiscal 2012. It will continue to focus on development and sales of mirrorless cameras, while drastically reducing its lineup of compact cameras. In its medium-term business plan through fiscal 2016, Olympus revised upward its consolidated operating profit projection to a record ¥143 billion from an earlier forecast ¥130 billion, on an expected increase in medical business sales supported by the weakening yen. For the current business year through next March, Olympus expects to post a group net profit of ¥30 billion and a consolidated operating profit of ¥71 billion, on sales of ¥700 billion.”

One more thing: The real challenge for Olympus is their 2-3 year strategy to compete in the high end digital camera market. Full Frame cameras are gettign cheaper and the competition in the mirrorles market is growing…