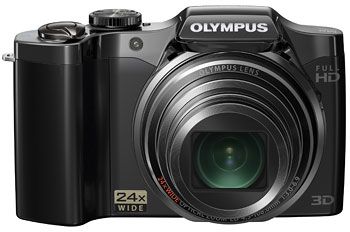 Although those are not m43 camera it’s always interesting to see what kind of new features Olympus did or didn’t implement. The most interesting feature is the “Multiframe movie” which simultaneous captures 1080p HD videos and full resolution stills. The necessary power for that is given by the new “Dual TruePic III+ Engine“. It’s also a surprise to see that Olympus is using a new 16 Megapixel “Backlight-CMOS-Sensor“. Is it from Panasonic or Sony?

UPDATE: If that 16Megapixel sensor is really from Sony than this could mean that Olympus is no more bound (by 2 or 4 years contracts) to Panasonic sensors. Could this have some influence on the next PEN cameras?