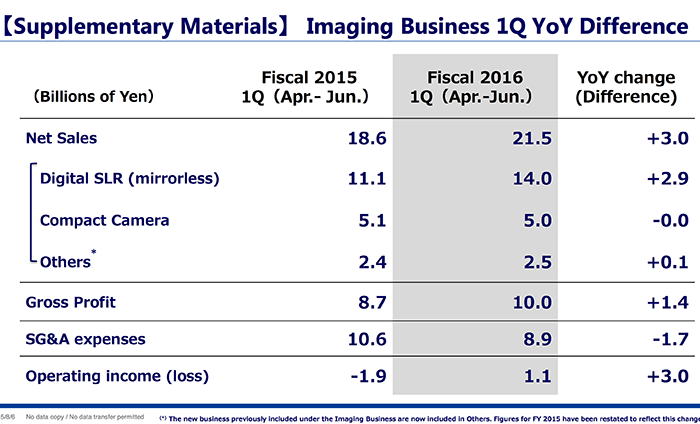 Yes, that’s the kind of news we like to get from Olympus! At last they are reporting strong growth in all their business including the Imaging Segment! They write:

In the mirrorless interchangeable-lens camera field, the OM-D series continued to perform solidly, such as the “OM-D E-M5 Mark II,” which was launched in the previous fiscal year. Sales were also boosted by a contribution from the high performance interchangeable lenses “M.ZUIKO DIGITAL PRO” series with additions of new models bringingthe lineup to four models. In the compact camera field, the Company continued to limit the number of units sold in response to market shrinkage, while retaining sales on a par with the previous year by further advancing the shift to high-value-added models. As a result, sales in the Imaging Systems Business overall increased year on year. The Imaging Systems Business returned to profitability, recording operating income after recording a loss in the same period of the previous fiscal year, mainly due to the increase in sales and progress in reducing expenses.

Full reports can be downloaded at olympus-global.com/en/ir/data/brief/2016/ 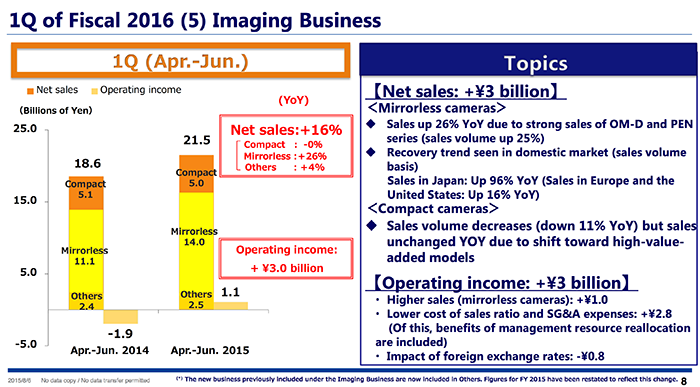