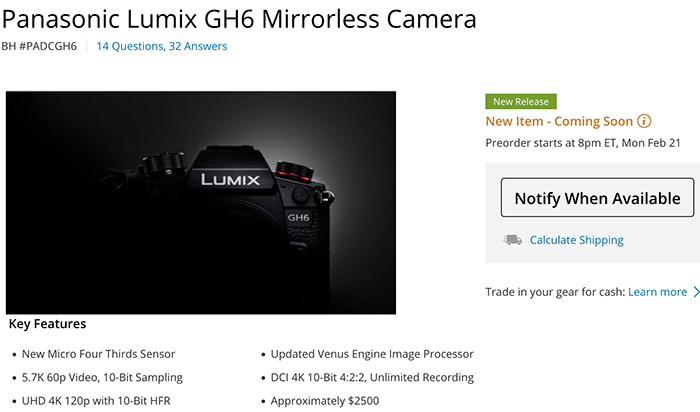 The autofocus will be improved by quite a bit, but I can now confirm with 100% certainty that the GH6 will not use a phase detection system. Let’s hope Panasonic engineers found some “trick” that can really fix their flawed af system…

A source told me this about the soon to be announced new GH6:

The official specs shared by Panasonic are: