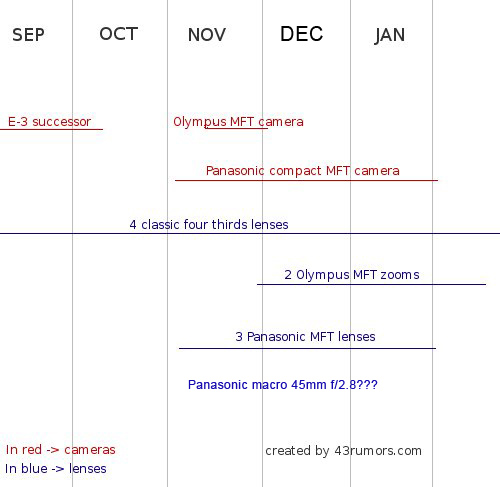 I made a timeline that shows you the rumored next cameras and lenses. Please keep in mind that this are rumors and may the timeline will change!

Following lenses should been released between August and Q1 2010

– UPDATE: We havn’t got any information about the Panasonic 45mm f/2.8 macro lens (see the lens here). We don’t know when the lens will be released.
– two Olympus zoom lenses (???)