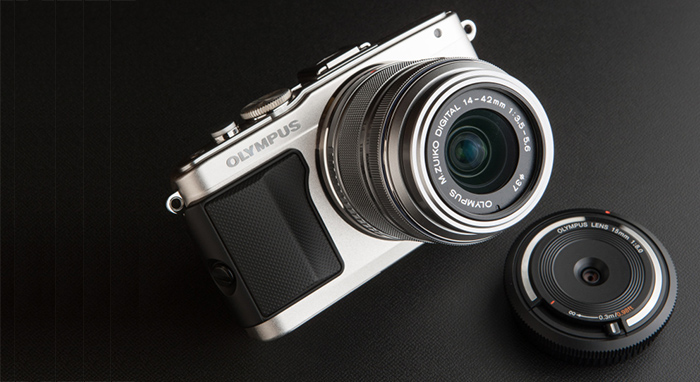 Image of the latest new PEN: The E-Pl7.

I just got that strange new rumor about the future PEN development:

The pen line isn’t discontinued, rather it’s being taken back to it’s roots. One of the mockups has the sensor in a portrait orientation like the original film pens, the space saved by the shutter traveling sideways rather than vertically allowing a viewfinder above it (still in the center line of camera, which is hard to do with the vertical running shutter, almost all other mirrorless have the EVF on the left hand edge or a hump because of it).

The source claims to know that this is a just a prototype and he believes the management will not approve that for final production because it’s too much “risk”. So I figured out that we may help the management to decide by asking our readers what they think about it:

—
For sources: Sources can send me anonymous info at 43rumors@gmail.com (create a fake gmail account) or via contact form you see on the right sidebar. Thanks!
For readers: Don’t miss any news. Join our group on facebook and follow our tweets.