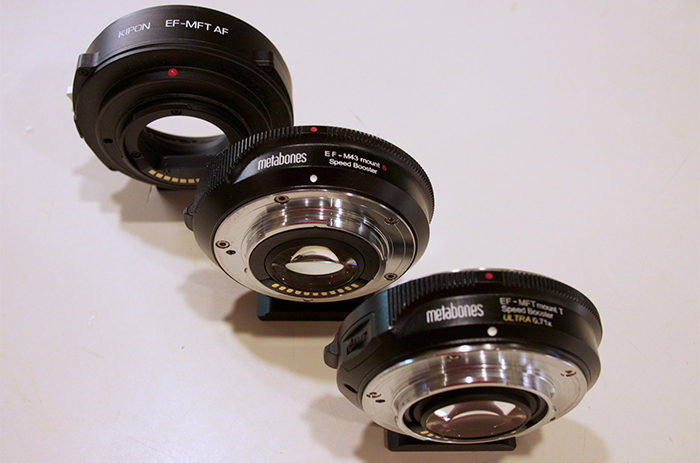 Jim Chung wrote that interesting article (reposted with permission on 43rumors from jimchungblog.wordpress.com)

I know for a fact that brand loyalty starts at a young age.  My father brought home an Olympus microscope that he had purchased from a grad student when I was probably about 8 years of age.  I’ve been a fan since.  I still have and relish my wonderfully compact Olympus XA  and the more sophisticated IS-3 DLX but when it came time to transition to digital, I chose to go with the Canon 20D.  I am an amateur astrophotographer and at the time Canon had the best long exposure noise control.    Five years later, I bought the E-P1 because it reminded me of the XA and I began to return to the fold.  Meanwhile, for serious wildlife and sports photography I still relied on my Canon bodies and began collecting the wonderful Canon L series prime telephoto lenses.

When I bought my E-M1 last summer, I was happy to see that I could use some of my terrific Canon glass.  My first smart adaptor was the Kipon and it provided good AF performance with all my Canon telephoto lenses as well as aperture control and EXIF data passage.   Then I heard about the Metabones Speed Booster Focal Reducers that could do all this as well as make use of all the wasted light being collected by the Canon lens’s wider image circle.  This four element four group optic was able to give the Canon lens an additional stop of light as well as enlarge the field of view to that of an APS sized sensor and giving increased  depth of field.  Better still was the fact that it would also improve optical performance of the lens.  This was the Speed Booster S.

Metabones quickly improved the correction of optical aberrations with the Speed Booster Ultra, a five element, four group optic using ultra high index tantalum based glass and specifically optimized for the m43 filter stack, which tends to be thicker than typical Canon filter stack dimensions.  Optical performance of the lens could now actually exceed the performance of the lens in its native mount, along with all the other advantages of one full additional stop of light and increased FOV.

But these adaptors are expensive and only make sense if you already have Canon glass and are willing to live with slightly larger lenses or need something not available in the m43 family.   My favorite airshow lens is my Sigma 500 mm f/4.5 telephoto prime which becomes the 350 mm f/3.2 – faster and with more reach than the Zuiko 300mm f/4 IS PRO and at much less cost (since I already own it). 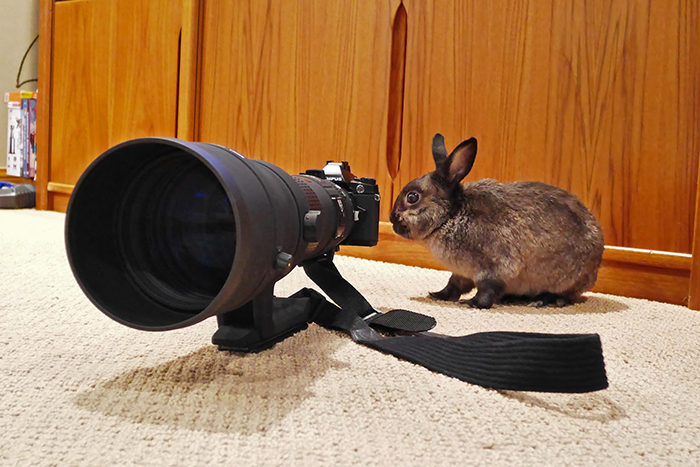 I finally found a used Speed Booster S available locally and was resigned to being satisfied with perhaps slightly less optical performance when I saw a one day eBay auction for a used Speed Booster Ultra. So now I have both and am able to test to see how truly different they are to each other, as well as their general claims of improving overall lens optical performance.

The test lens was my Canon L series 200 mm f/2.8 mounted on my E-PL5. Sensor stabilization was turned off, images saved in RAW at ISO 200 with the lens wide open using aperture priority, and the camera mounted on a tripod shooting an ISO 12233 chart. The chart is widely available as a download and was printed with my Epson Stylus 1400 inkjet printer on high quality photographic paper at the highest resolution. All three adaptors have the latest firmware installed.

The Kipon adaptor having no optical elements would represent the baseline native lens performance. On the E-PL5, even when focus was achieved it would start rehunting for the focus point if the camera was left unattended for a few seconds. I hadn’t noticed this bizarre activity on the E-M1. With the Speed Boosters, I had to reposition the tripod closer to the target to achieve the same FOV due to the focal reduction. The Speed Booster S fit very nicely to the E-PL5 and performed perfectly. The Speed Booster Ultra had a very tight fit (similar on the E-M1). The images were analyzed with QuickMTF to produce MTF curves which denote optical performance. 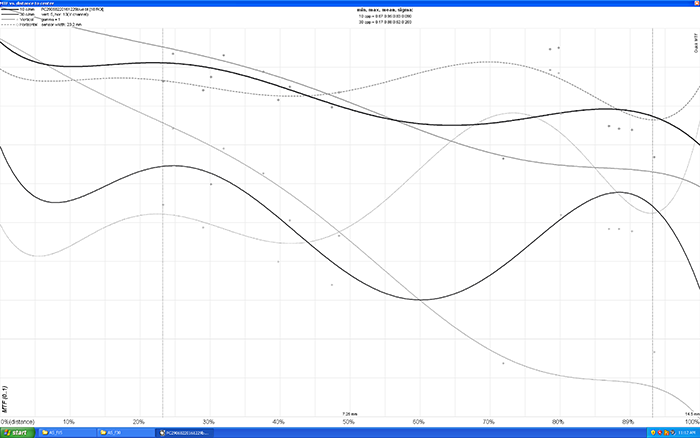 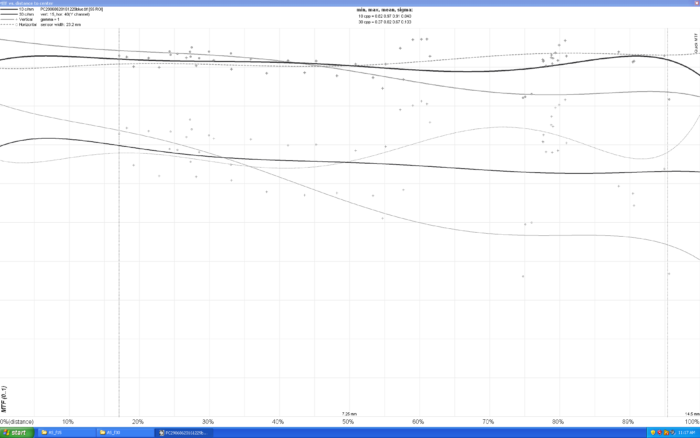 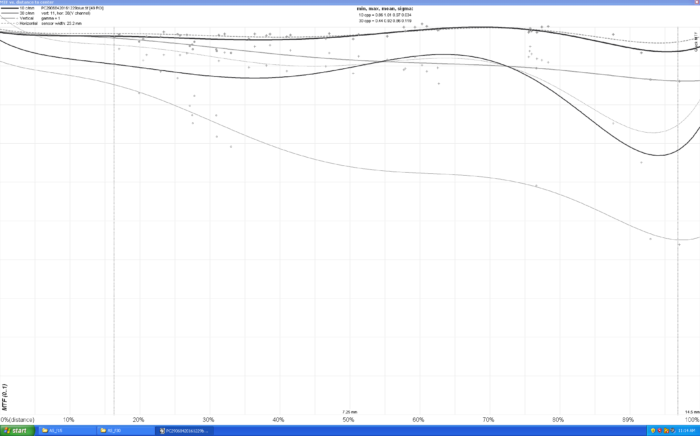 Both Speed Boosters show clear optical performance gains, and the Ultra is indeed better than the S, although the difference between the two may not be perceptible visibly. These are crops from the upper right hand corner of the target chart where optical performance at the periphery is expected to be the worst. From left to right is the Kipon, the Ultra, and the S.

I am also enjoying my new OMD E-M1(II) but be advised that the Speed Booster Ultra is not compatible with the Mark2 due to clearance issues. The Speed Booster S is fine.