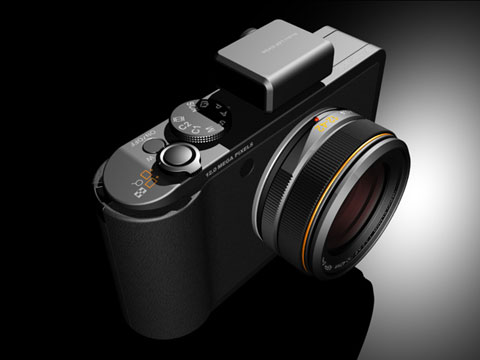 This is the officialÂ responseÂ fromÂ Panasonic (US) Customer Service on a customer inquiry:

â€œâ€¦ this model has been carried over into our 2009 Digital Still Camera line up, and will be available through out the remainder of 2009 and early into 2010â€³

We are receiving some rumors over the LX3 successor. To be honest we havn’t expected such kind of rumors! We are working on this news to collect more details…Stay tuned ok?

We had a small talk with a japanese source who claims to work for Panasonic. We are going to see if he will become one of our trusted sources. So for now this is just a (FT 2) rumor

1) “Yes, Panasonic is working o a compact m4/3 camera but this camera is not a LX3 competitor“. The Lx3 will always be smaller and cheaper than a compact micro four thirds camera from Panasonic. So a Lx3 successor will definitely come.

3) Sensor: Panasonic is trying to get new ways with the sensor like Fuji is doing. They already have a functionally HDR-Sensor, a Sensor who can capture a High dynamic range. If this is going to be implemeted in the LX3 successor is undefined but possible. Why should Pansonic do this? “Because improvement on megapixel basis are not so simple, more than 10 Megapixel on a small sensor are difficoult to manage in terms of image quality” .To know more about possible new Panasonic sensor read here: https://43rumors.com/missing-panasonicsensor/

3) People is happy with the zoom range and lens quality. There will be only small improvement here.

5) Panasonic is hardly working to improve the AVCHD lite quality. This will probably find his use inside the LX5

7) And what about an auto lens cover? “Probably they will make it”. Oh yes WE HOPE SO!!!