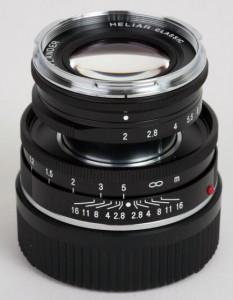 I just saw a very good review on Pbase about various ‘legacy’ 50mm lenses on the Panasonic GF1.

Following lenses have been tested (click on the link to see the lens on eBay):

It has been a huge surprise for me to read from the test that the Coigtländer Heliar showed the post performance! Do you agree?

He also tested the Black&White performance.
One more test is available here: http://www.pbase.com/nickdemarco/test_3_final

The french portal Reportagesphotos.fr tested the Panasonic GF1 (click here to read the google english translation). Once finished with the review you should definitely take a look on the rest of the websites. They have awesome photos!

They compared the camera with the Panasonic GF1. Use this quick links to see the results:

Reminder: the Ricoh GRX is a modular camera. If you buy every single piece on Amazon you will have to spend quite a lot :(

Travis sent me the video and wrote the following text:
“Here is a video showing the issue with the Auto and Intelligent ISO settings in the GF1. The issue is that those settings will use ISO 100 unless the shutter speed is 1/30 of a second or less in Picture priority, Aperture Priority, and Full manual modes.

The only mode that Auto ISO works in is the shutter priority mode which is not available with manual focus lenses.

The interesting thing is that the “Sports Scene” mode uses Intelligent ISO and it works perfectly. It doesn’t start using ISO 100 until the shutter speed is faster than at least 1/100 of a second. It works with MF lenses. However, it does not offer the some other settings that the P.A.S.M modes do.

Hopefully, Panasonic will issue firmware to correct this problem for the GF1.”
——————————————————–
Four nice MicroFourThirds and third-party lenses:
1) On dpreview Brian Mosley posted some nice pictures of the E-P2 + Hexanon 57mm f/1.2

DxO mark just posted their latest sensor test of the Panasonic GF1 and Olympus E-P2. As expected there is only a marginal difference.

Just for fun I added a link to the triple comparison between the GF1+E-P2+the new Canon 550D (T2i).

Finally in Stock with the normal price $900! Sold at amazon via two third party resellers (ABT and DBROTH).

Click here to check it out: Panasonic GF1 with 20mm f/1.7 Aspherical Lens

I was also told that the Panasonic 20mm lens

will be in Stock in most US shops by the end of February!

P.S.: For europeans. There are no big deals on the Panasonic GF1. If you find one please send me an email. Anyway I noticed that Pixmania has the lowest price in most european countries.

UPDATE: I recieved following two mails:
1) “Hey I thought you might like this. I just preordered the 20mm lens through Panasonic direct which list the lens on back order. On the confirmation email they sent back they listed the estimated ship date of 3/10”

2) “I ordered a GF1 kit w/ 20mm lens two days ago (Feb 10th). Delivery estimate was March 3 – 10. So 3-4 weeks. Just got this email:
“Hello from Amazon.com.
We are writing about the order you placed on February 10 2010 (Order# xxxx). The item(s) listed below will actually ship sooner than we originally expected:
“Panasonic Lumix DMC-GF1 12.1MP Micro Four-Thirds Interchangeable Lens Digital Camera with LUMIX G 20mm f/1.7 Aspherical Lens”
Previous estimated arrival date: March 03 2010 – March 04 2010
New estimated arrival date: February 18 2010″
So it looks like they are shipping out much faster than the “usually ships in 2-4 weeks” estimate they have on the page.”