has been reviewd by PocketLink. They found the image-quality to be better than the quality from the Samsung NX-10

review. They confirm that CA (Chromatic Aberration) is high but sharpness is excellent.

In the meanwhile one owner noticed a “extreme softness on the right side” (dpreview forum). Hope this is a problem with that specific sample and not a general issue.

Good news: Amazon will have the lens in Stock on May 6

And SLRgear tested the lens! The verdict: “For its size, the Olympus 9-18mm ƒ/4-5.6 provides impressive performance.”
The only flaws are Cromatic Aberration and Distortion. But both are easy to crrect in postprocessing.

Their sentences in short:
– surprised by the smallness of their size, both length and diameter (but it becomes very long when you are at 9mm)
– fast autofocus (compared with older Olympus MFT lenses)
– 9 mm shows a significant distortion
– best results working with an aperture of f/8
– almost no vignetting
– moderate CA (Chromatic aberration) 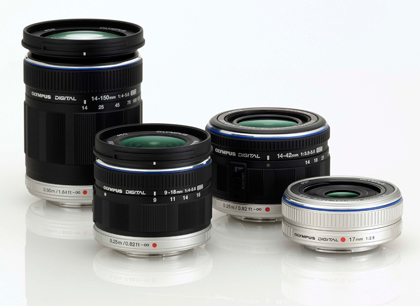 DSLRmagazine (click here to read the google english translation) analyzed the new Olympus 9-18mm and 14-150mm lenses. They have a lot of interesting information. An example? I didn’t know the Zuiko 9-18 mm lens focusing is performed through the movement of only a lens. This offers the advantage of minimal inertia of acceleration and braking. 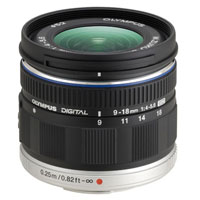 According to dpreview the image quality of the Olympus 9-18mm

. The Olympus lens costs and weights less but the Panasonic lens has a better build quality, a wider angle and constant f/4 aperture. 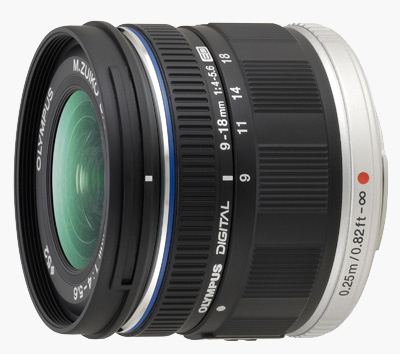 PREORDERS:
Preorder the E-PL1 at amazon.com!

———-
43rumors found images and specs!
P.S: Follow us on twitter! Subscribe our RSS feed!
We are currently running the website on a minimum mode to avoid crashes!
The Olympus E-PL1 will be announced tomorrow February 3 at 3pm Tokyo time.
7am in Berlin
6am in London
1am in New York
22pm in Los Angeles (February 2)
Keep following us. We will post all news, hands-on and reviews we find on the web. We will make it easy for you to have all the infos you need :)
———-

The new lenses, made with ED (extra-low dispersion) glass for superior image quality, complement the design of the PEN® cameras, including the powerfully simple E-PL1, also announced today, making it the all-in-one package for consumers with any skill level, including those who are new to photography.

The Micro Four Thirds System standard meets the telecentric requirements of dedicated digital design. Light rays strike the imaging element nearly head-on for optimum edge-to-edge image reproduction. It also enables much more compact design than the Four Thirds System standard (or other interchangeable lens systems) because it reduces the outer diameter of the lens mount by 6mm, and the distance from the lens mount to the sensor (the flange back distance) by approximately half. As a result, M.ZUIKO DIGITAL offer uncompromising professional quality for capturing both still-images and High-Definition (HD) videos, and the lenses are exceptionally compact to make capturing your life more fun.

The super wide-angle M.ZUIKO DIGITAL ED 9–18mm F4.0–5.6 zoom lens (35mm equivalent 18–36mm) offers a 100 percent angle of view, and overturns the rule that super wide-angle zooms have to be big and heavy. With a length of just 49mm and a weight of just 155g, it is less than half the size and 60 percent of the weight of the ZUIKO DIGITAL ED 9–18mm F4.0–5.6. With its wide angle of view, including background scenery in group photos is a snap, and it can be used to create unique images with a sense of dramatically exaggerated perspective.

The high-power wide-angle to telephoto M.ZUIKO DIGITAL ED 14–150mm F4.0–5.6 zoom lens is 65 percent smaller and 70 percent lighter than the comparable 10x ZUIKO DIGITAL ED 18–180mm F3.5–6.3, making it ideal for everything from portraits and indoor scenes to sports and landscape photography.

By maximizing the advantages of the Micro Four Thirds System design, compact size, low weight and amazing image quality, the two new lenses significantly expand the photographic potential of the system. The inner focusing mechanism uses a light, compact, single-element unit to enable exceptionally fast, quiet autofocusing for smooth, superior operating ease during still and video capture. The manual focusing mechanism is designed to offer a responsive feel and precise operation, enabling you an affordable, high-quality means to capture your life in stills or HD videos.

Both lenses offer quieter and more responsive AF performance, and provide professional image quality for capturing amazing still images and videos. They are compatible with all Micro Four Thirds System Olympus PEN cameras, and all other current and future cameras that comply with the Micro Four Thirds System standard. When mounted on an Olympus PEN camera, the lenses are stabilized thanks to the camera’s in-body Image Stabilization system and offer effective shake compensation at all focal lengths.