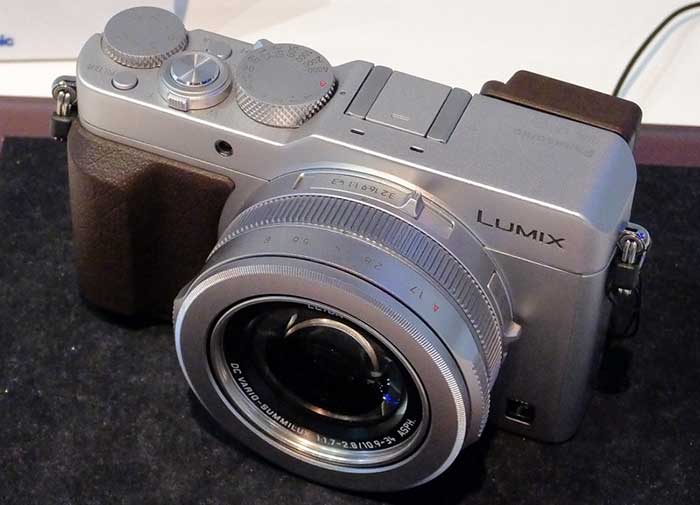 Panasonic displayed the LX100 at the Ceatec show in Japan (Source: DC.watch). And by the way, many of you may have missed to learn about two interesting features of the LX100:

1) LX100 has a lens-shutter, not a focal plain shutter. So flash-sync for all over the shutter speed (within the mechanical shutter range)
2) LX100 can do wireless flash, according to menu and draft manual that is equipped at Panasonic Center Tokyo.

Thanks M.O. for sharing this info!

There are also new LX100 reviews:

1) Full review at Photographyblog. The camera earned the “Essential” mark:

The LX100 raises the bar considerably and leaps right to the top of the burgeoning premium compact market, even making a strong case as a serious alternative to CSC and DSLR models if it suits your outlook on the world. Sony may have had things mostly to themselves with the RX-series in recent times, but Panasonic have definitely shook things up with the exciting new Lumix DMC-LX100.