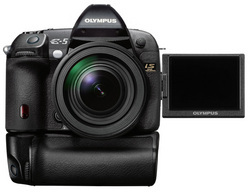 The picture has been sent to us 3 weeks ago. The anonymus sender believes this could be a REAL! Olympus E-5 picture. To bad it is to small to judge if this could be true.

Some funny joking 43rumors visitor was claiming this will be the E-5 specs! So, take it easy, relax, this is probaly a fake rumor ok?

The Olympus E-5 will be the first camera to breake the 12Megapixel barrier!

-3.0 AMOLED display (this would be a BIG surprise). Panasonic has the tecnology to build AMOLED screens. They have the advantage to be bright and clearly visible even in outdoor shootings.

Hold on guys. This pictures was send to us from an unknown source. So please don’t take this picture to serious. We believe the Olympus E-5 will probably be launched the third quarter this year. I ask the anonymus sender to send us a bigger picture.

and discussed in dpreview forum

(This is me astonished when I got this news) 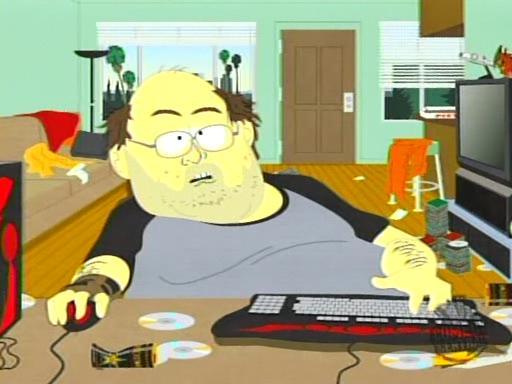 From a danish website:
http://zoom.comon.dk/index.php/news/show/id=1111
Translation:
Olympus E-3 is the worldâ€™s most weather-resistant DSLR camera. But the camera lags behind some of its competitors.

â€œSuddenly as an lightning from the clear blue skye, I got a hint from a normal highly credible source.
Olympus has launched the E-30 and E-620. Both cameras with more pixels than the big brother E-3 and with a lot of new features. This could therefore indicate that an successor to the E-3 is underway – a really good bet, would be that it will be launched in June, according to my source!.

So if we now put all the good stuff from Olympus E-30/E-620 into the weather-resistant housing of the E-3, we could get an E-5.

But it does not make it alone if you ask me. There must be both more megapixels in a professional camera and ISO noise needs to be fixed and there must be video in such a camera.
Do Olympus deliver this – an E-5 could very well be a success.â€

Do we see the new Olympus model in June?â€