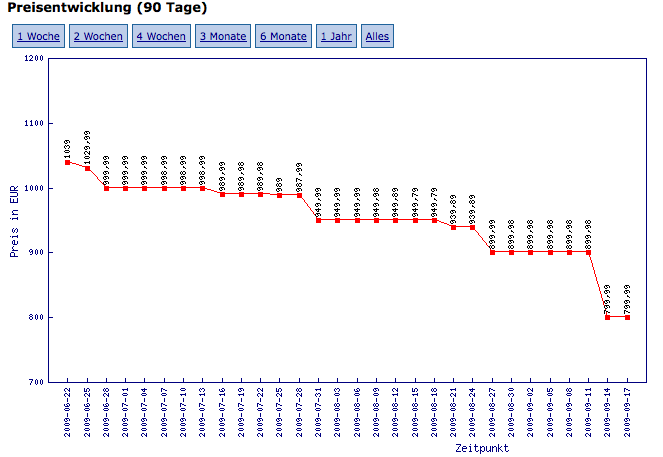 I checked the prices in US, UK and Germany and I noticed a price drop in Germany (-100 Euro!).

Two big german online stores are selling the E-3 body for 800 Euros only. Normally such big price drops happens when the camera is going to be replaced.

Have you noticed something?

FT5 rumors are rare but when we publish one you can trust Â that we know what we are doing!

I know people started saying that after the MicroFourThirds success classic Four Thirds development is going to die. Forget it! Expect big Four Thirds news between late August and October. Cameras and lenses are coming! The E-3 successor is ready to be announced. It should arrive together with the new prime lenses. I hope to get some concrete specs these cameras and lenses soon!

(FT4) The E-3 successor is rumored to use the 12 Megapixel, E-30 sensor with a weaker AA filter, and little upgrades in the AutoFocus system . It will have Art Filters.

UPDATE: The E-3 successor will be an upgraded E-3. But the same source who gave me the specs told me Olympus will release a completely new high-end camera next year (probably at Photokina 2010)

UPDATE2: This is what of a source told us: “The E3 Evolution (or mark 2) is essentially a repackaged E3 with E30 features. If you add in what the E30 has, like art filters, digital leveler, AF adjustments, you’ll be pretty accurate. The E4 will only be released next year. ”

UPDATE3: The most improbable rumored name for the E-3 successor is “OM-N1“. The sources told me that the name will not be E-4 or E-5!

We received one more confirmation from a new source that the E-3 successor will just be a small upgrade of the E-3. So expect a new E-3 with E-30 sensor and some little new features (expect art filters, improved in-body IS and upgraded liveview).

I kindly ask all of our anonymous rumor senders to give me some kind of REAL email which makes it possible to me to answer them. I will keep your email anonymous. You may create a gmail account first using pseudonyms. But thanks anyway for sharing every rumor you have! Many thanks!

Someone told me Olympus called the prototype camera of the nextÂ  E-3 successor … E-3 markII ! Probably it will not be the final name of the camera they will show us this year. But may this is one more proof that the camera will be an evolution and not a revolution. We still believe there is a good chance to see a new nomenclature.

In the the past month we released a lot of rumors and now the time has come to make a small summary! At the moment, it doesn’t matter whether you believe us or not. Keep the rumor summary in your mind and in a few weeks/months you can easily see if we were close to reality. But be warned! We are a rumor website and we do not get information from Olympus or Panasonic themselves! There are two main reasons why we could be wrong with rumors:

1) Most rumor sources are new. Â Proof of their veracity will only come with time. With time we hope to become better and better with our “predictions”.

2) Olympus and Panasonic themselves sometimes change the plan. It could be that a rumor is true in the time we posted it, but changes before the real camera or lens is released. An example has been the supposed built-in flash for the Olympus m4/3 camera. We first predicted that there will be a flash but now it seems that Olympus have changed their plans and we will “propably” not see that built-in flash.

3) No built in flash

6) A second more featured camera released end of the year

1) E-3 successor planned to be released this year.

In summary these are 18 rumors. If we get over 10 rumors right we would be incredibly happy.

1) To gather attention to Olympus and Pansonic products. They make a lot of great products and we believe we have to break the Canon-Nikon media monopoly. Of course our website is only a minimal contribution, but every step counts!

2) Then, we have some wishful thinking. We hope our readers reactions can have some influence on Olympus and Panasonic’s products. Your comments and reactions matter!

1) Make this website financially sustainable. We wish to get some earnings in order to cover the costs and some private time investments. We have all a real job and a real family. It becomes easier to work on that website on weekends and nights ifÂ  people support us.

2) To not only become the rumor refrence number one for Panasonic and Olympus but to creata some real photographic contents. An example? We are planning to make a professional video test between the GH1-Canon 5d-Nikon D90. Than we plan to use the Olmypus micro four thirds camera for a real work in Siberia.

What should be your role?

1) Critizes us. As you may have noticed we listen to you and try to make things better.

2) Report rumors! You can do it by emailing us (43rumors@gmail.com) or by becoming a real 43rumors editor.

3) Support the website by starting your shopping from here (amazon,calumet,bhphoto,adorama and J&rR). That’s free to you and we get commission for that!

4) Put link to us in your forums and blogs!

Many thanks you all! 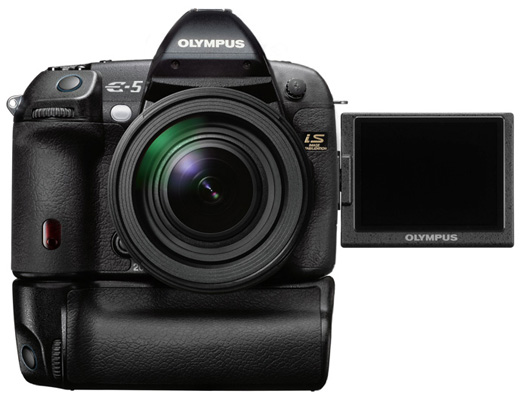 .
Everybody is anticipating the E-3 successor. It is the camera that most needs a refresh! From first rumors we received it will be not a revolutionary camera, just an “upgraded” E-3. So it will probablyÂ  have the latest 12Megapixel sensor (maybe the same E-30 sensor) + some gimmicks like Art Filters. Sorry that we can’t get excited over that rumor. :(
We do not have any idea when exactly the camera could be announced. So do not wait for it, buy the E-3 now if you need the camera!

Post scriptum: We made a lot of predictions in the last month. I will soon post a summary of all our best rumors.

Thanks to our german friends we were able to affiliate ourselves with Amazon Germany!
Sigma DP2 Digitalkamera (14 Megapixel, 24.2mm F2,8 Festbrennweise, 2,5

For UK, France and Japan please start your shopping by clicking the amazon logo :)

P.S.: Thanks Jakob for sharing the image!

Just for fun…compare the fake(?) image with the E-3 image: