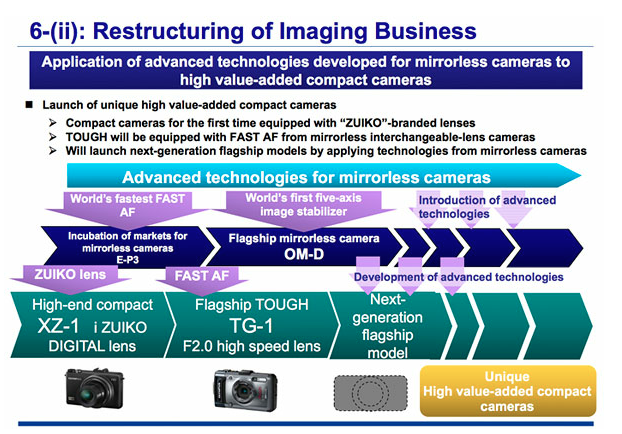 UPDATE: I added the image from the Olympus presentation

Anyway, Olympus released an official press release describing their plans (Source: Bloomberg). Bloomberg reprts: “2,700 jobs are to be eliminated by March 2014. Most of the jobs being cut are in overseas manufacturing, Sasa told reporters in Tokyo today. The company will close a plant in the Philippines this year and will reorganize others”

The good news is that “The company plans to restructure its imaging business and increase the focus on mirrorless cameras and high-end compact models, it said in the statement.” That is what I needed to hear! Compact camera and Four Thirds camera business is not where Olympus can earn the money in future. It’s an obvious step to focus on the strengths of the m43 business!