There are small things we will fix during the day. It is is still a prerelease so write us if you have better ideas.

Thanks to the guy who posted this link in the comment section.

today we are going to work on our website design. Probably you will experience some strange layout changes and may some displaying error. We hope to finish our job in 12-14 hours.

For people who is waiting for new rumors we can anticipate you that next week we will reveal the name of the new Olympus micro four thirds camera. We have an update for Panasonic and Leica users over their micro four thirds golas. We are gonna to publish this news quickly after the final website checkup.

UPDATE: We are ready to activate the new template. The two sidebars have some layout problems we have to fix in the next hours. if you want to help us try to report the errors ;) 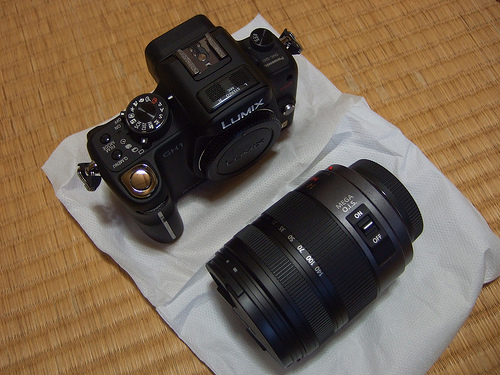 At flickr you can find the first unboxing ceremony. When you have finished go to see the first example video made with the GH1. Finally analyse this ISO 3200 shots.

I for me can’t wait to live for myself this moment :(

Now it seems the specs are semi official. From Rice blogs