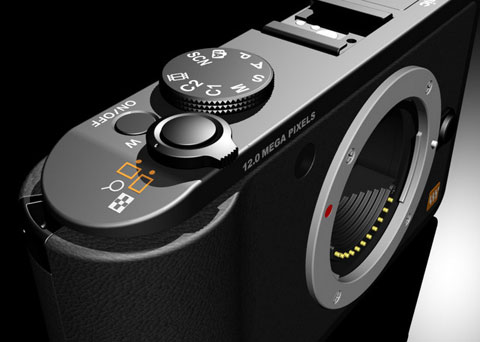 This is the now famous rendered image (remember it is not REAL). But we like it ;)

It was never going to be a big surprise, we knew it would be happening a long time ago . But now Panasonic confirmed that “rumor” to the New York Times.

Here’s the most interesting excerpt from the article: “Panasonic say that theyâ€™re working on new models that will pack all of this miraculous technology into even smaller Micro Four Thirds packages.”

You can read the full article here.

Do you know something about the camera? Please share all your information!

Here’s my spec WISHLIST (not a rumor!) 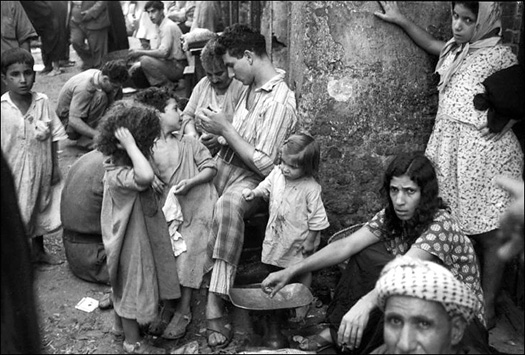 As you all know the camera doesn’t really matter. If you are a good photographer you don’t need the latest digital camera. Prove our readers that even a small compact camera or an old analogue camera can take wonderful pictures! Through May we want to post one photo per day which was taken with a compact digital camera or analogue camera. No DSLR photos allowed! You can send the photo to 43rumors@gmail.com, adding some description and we will choose one photo every day! Show the daily 4,500 43rumors readers what you can do!

The selection will be made by three 43rumors members!

Can’t wait to see your photos!

UPDATE: We will add a copyright text to protect your pictres. If you have any particoular wishes feel free to comunicate it. Thank you!

The only weak point compared to the G10…DISTORTION! But the Canon is limited to only 28mm at the wide end!

Sometimes we google around and today we found this nice website (www.seriouscompacts.com). They recently reviewed and compared the Canon G10 and Leica DLUX4 / Panasonic LX3 duo. The LX3’s only weakness seems to be the 24mm lens distortion (but the Canon only does 28mm!). In all other aspects the DLUX4/LX3 duo beats the Canon G10.

Recently Olympus has held the rumor stage becuase Panasonic just launched the GH1 and will wait a few months to announce new stuff. We receive few rumors now and most of them are not serious (from unknown sources). We believe Panasonic will prepare a big show for this fall releasing new lenses and more importantly new digital cameras! We are vigorously working to collect rumors about this camera and we will share all our information as soon as we get it. The most interesting rumor is of course the compact micro four thirds camera.

When we talk with our sources they seem to be sincerely excited over the upcoming Olympus cameras. Sometimes we have the feeling they know far more than they tell us. They really like what Olympus is preparing for us. This is not news, it is a feeling. And that matters!

May this be a good omen for us…

We believe you will LOVE the camera!

Hmmmm! This rumor starts with a big ‘hmmmmm’! We are confident that the first micro four thirds camera from Olympus will be SILVER. However we found indications that the same camera may come in two different colours! Zone 10 predicted a silver-chrome-black camera for June and another model in black for December. However, this might NOT be exact.

Our sources have been telling us since months that the camera will be silver. But then last week one of them asked us: ” Do you like Leica?”. “Oh yes we love Leica; but those cameras are far too expensive for most of us!” He then continued, saying, “You will probably see a silver model and a different coloured model.” We at first thought he was talking about the second camera which could be coming in December. But now rumors are suggesting to us that there may be two different coloured cameras in June!

We are getting closer to the summer release and we are receiving more and more rumors. We know most of them could be “spam”, we have to learn to classify this “news”. So it is quite difficult to make exact predictions. Today we can be 90% sure that one camera will be SILVER and there is a 50% chance to see the same camera in a different look ;)

We promised you a half rumor because we have no idea if there will be really a second camera! Leica Leica Leica, hmmm, what do you think?

P.S.: Our server SUCKS! Sorry for every inconvenience. It isn’t our fault!