The Sony Alpha 330 should be released soon together with two lenses which have the codeÂ SAL1855 and SAL50F18. 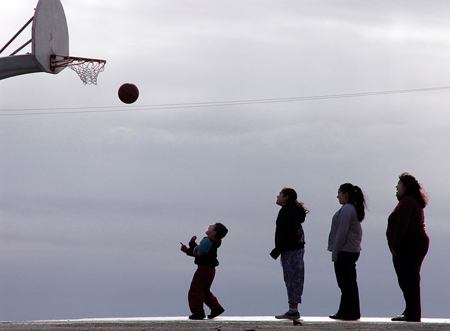 Â© All the rights are reserved. Downloading or copying are strictly forbidden! If you want to use this picture please contact the author.

Join the “One Day One Photo” action!

We all knew it. Olympus needs more Four Thirds prime lenses. Preferably fast prime lenses! And it seems Olympus now will do something, and it looks like it will be something BIG!

2) One is the 100mm macro which has been on Olympus official roadmap since the beginning olympus lens list .pdf). The roadmap says the 100macro should be released after 2009 but this is probably not true! It could be released this year.

4) The information we have about the other two lenses is yet to be verified. They could be faster but we are not certain about that.

In total three sources (two trusted and one new) confirmed that Olympus is working on the release of more prime lenses . The new source (in which we trust) added the 14mm lens information.

We don’t know when the lens will be released because there is this “small thing”, the micro four thirds camera release. So it will probably happen some time after the release of that camera. And we don’t know if they will anounce them all together. Of course we will keep you updated with more information soon.

I hope you will enjoy this rumor.

We are putting a lot of time in this projectÂ  and we are having some hosting costs. That’s why…
1) we choose to put banners on this website. We are getting paid for every click. And the top banner seems to be the best one.
2) There is a new donator wall on the right sidebar. Feel free to donate and optionally add your message which will be displayed on the sidebar!

P.S.3.: We anticipated the announcement in order to prevent server blackouts

And again we have a ISO Battle between the thre cameras. What’s sure is that the Olympus E-620 is far behind the two models from Canon and Nikon when it comes to high ISO performance. The test has been made by cameralabs.com

It seems a new Sony camera has finally been leaked. It is not the Sony 700 replacement but probably a new entry level camera. It is the Sony Alpha 330. More info here.

There is a long and incredibly interesting thread in the dvxuser.com forum where people analyze the video quality of the Panasonic GH1. It seems the camera has a blue channel banding issue. I hope Panasonic can fix it soon.

UPDATE: It seems the same effect is present in the red channel.
UPDATE2: You can download a video sample from the GH1 from here: http://www.dvxuser.com/barry/PRIVATE.zip.
You can read the forum post at dvxuser.com.