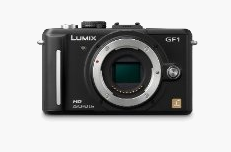 And the next Panasonic GF1 reivew has landed. This time Richard Lawrence tested the camera. And of course he loves the GF1!

Other big companies like Canon (January 9) and Sony (Today live via ustream) already have their programmed press release. I still don’t know when Panasonic and Olympus will make their press realease. If you know something let me know!

UPDATE: Do not expect the E-3 successor.

If you won’t wait Amazon, BHphoto or Adorma until they have the lenses in Stock I will show you a little “trick”.
Third party resellers do have the Lenses in Stock at amazon. But normally it is difficoult to find it:

And click here to get the Panasonic 20mm f/1.7 lens

via GadgerClick or Leo Li.

Christmas is behind us and now you can find some nice deals on Pixmania. Pixmania created dedicated pages where you can find new offers every day. Just click on the name of your country and maybe you find something just for you!

A 43rumors reader sent me the video and following text:
“Here is a simple video explaining some techniques I use to shoot low light video. I am not an expert in this area but I wanted to share some things that help me because so many people have problems taking good low light pictures and videos.

As usual when something new is announced the “old” stuff gets very interesting price-drops:
– The old Eye-Fi 4GB card price dropped by $50!

All the listed cameras are in Stock!

Adorama: $1,300 (Once clicked sroll down to see the special KIT deals)