Jeff sent me following mail and I found his proposal very interesting. That’s why I ask you your opinion!

“Hi , i had an idea , be it a crazy one. But since this is one of the more prominent sites for 4/3 photography , im sure olympus itself veiws the site.
Here is my idea , you should create a poll asking the olympus user base on what they think of olympus “re-inventing the 4/3 brand” through a sharp marketing campaign and camera redesign incorperating open source camera bodies.

If it gets a good positive response , it could spark research at olympus about adding open source bodies.

The problem is that companies think their profits will be destroyed by this since they cannot release annual body updates. they are partially correct , but the current robbery that happening to photographers is disgusting. If actual important things were applied to camera updates (actual hardware such as better sensors and screens) instead of art filters and stuff that can be added by the user with a computer. They could instantly gain a fanbase who would fall in love with the olympus brand and actually take a chunk out of nikonon since they will be the last to experiment with such technology.

Just imagine pulling out your ep2 , going through a menu and clicking the time lapse app you downloaded from a community website and placing it in your window. The software would put the camera on a timer and take a picture every 20 mins and then go back into sleep mode until the next shot, you get back from work and you have a time lapse of the day and you didnt have to do a thing.

that is the future of technology and i think olympus should capitalize on it and beat the other manufacturers to the punch.

As you probably know Olympusamerica started a new rebates program valid from 4/1 through 5/31. Now all the major US shops do show the reduced prices of the single items:

One more thing for German 43rumors readers. One of our readers noticed a special Panasonic rebate program on the Panasonic GH1. “Today I bought an Panasonic GH1 at may local dealer here in Germany: 1199EUR. (see this link http://www.foto-haas.de/pdf/201003_aktion.pdf -> page 5)
Regular price 1399EUR but when you bring in your old camera you get 200EUR discount. For me this was an great offer. As far as I understood my dealer right, this is an offer from Panasonic …”
I checked on Panasonic Germany but they do not mention any special rebate program. And Amazon Deutschland

doesn’t show the same deal. Let me know if you find something else…Thanks!

Support our website! When you click on those links it doesn’t matter what you buy (book, CD’s or electronic items) we get a small commission for it and you don’t pay any penny more! Thanks
US shops: Amazon US

UPDATE -> NAB Press conferences will take place from April 10 (tomorrow) to April 15. I will follow the event and keep you updated.

As you may know on April 12 the NABshow starts. The NABshow is a dedicated Broadcasting event.

And we just received a rumors from a new source (so we can’t say if the rumor is more or less reliable or not):

“Confirming that Panasonic Pro Video dep. will present at NAB a VCR with micro 4/3 optic.
It will enter the market late Nov 2010.
Its have a non DSLR shape, more shaped like Hasselblad.
No more detl. known now, its still parts of it that is work in progress.
OBS
its outside consumer products but thist focus on the bright future of the Micro 4/3 lens system.”

If that rumor turns out to be true this will be indeed awesome news! Would you not love to use your MicroFourThirds lenses on a deicated camcorder? Wow! 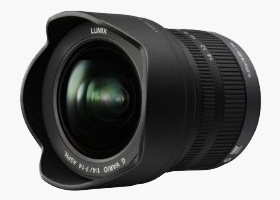 lens is pushing down the price of the Panasonic lens.

A review of the 7-14mm lens is available on slrgear.com

UPDATE: This is not a 4/3 or m4/3 rumor but I thought I should post that because at least it is interesting to see that Leica and Panasonic are still working together. To bad Leica didn’t choose to join the MicroFourThirds system.

successor). It will be the “copy” of the Panasonic TZ10-ZS7 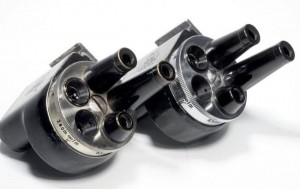 That’s a nice piece of a viewfinder! The japanese blog DC.watch.impress tested the Pentax 110 F2.8 70mm

and the Zeiss viewfinder turret

on the Olympus E-P1.

This is the first time I have seen the Zeiss viewfinder on a MicroFourThirds camera. Click here to see some nice images: DC.watch.impress