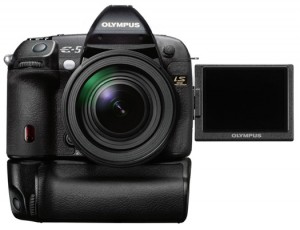 Finally some new rumors about Olympus!
You will remember that we told you that the Olympus E-5 release has been delayed because of the MicroFourThirds success. Olympus seems to not have enough production capability for MicroFourThirds and FourThirds stuff. Acoording to one of our known and trusted sources “there are new late changes being made to the E-3

replacement duo as we speak“. Interesting is the fact that he says E-3/E-30. Could the E-5 be considered as the replacement for both cameras?

P.S.: We are 99% certain the Olympus E-5 will be announced soon (between June and September).

26 cameras of the 80 most sold DSLR (during the last week) listed on BCNranking are Panasonic or Olympus cameras.

The cameras will be in Stock on late May.

has now the same price of the Olympus E-PL1

I don’t know if all this price drops have to do with the upcoming Sony mirorrless camera announcements..probably not. But fact is that many MicoFourThirds stuff has the lowest price ever! 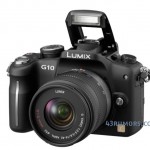 Photographyblog is speeding up their review timings. Now they reviewed the new Panasonic G10

even before amazon has it available for pre-order  :)

Their sentences in short:
– surprised by the smallness of their size, both length and diameter (but it becomes very long when you are at 9mm)
– fast autofocus (compared with older Olympus MFT lenses)
– 9 mm shows a significant distortion
– best results working with an aperture of f/8
– almost no vignetting
– moderate CA (Chromatic aberration)