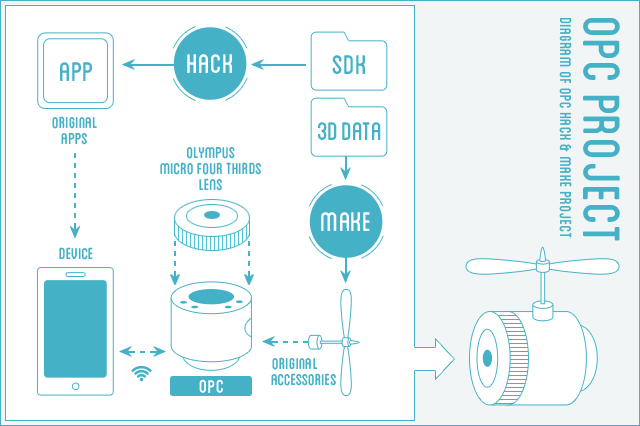 Olympus plans to make the first “Lens-Camera-Drone” it’s basically a Micro Four Thirds mount module with integrated sensor where you can attach the rotor on top. There are no info yet if that idea will ever make it into a real mass product. But so far the specs of the module are mentioned by Olympus itself:

This could become the smallest drone ever made? Not sure yet that thing can fly really well :) There are other parts that have to be added to make it fly properly!

Real world Images of the Olympus “Lens-Camera” can be found on my previous post here: 43rumors.com/olympus-displays-first-rounded-lens-cameras-and-sony-qx-clones/