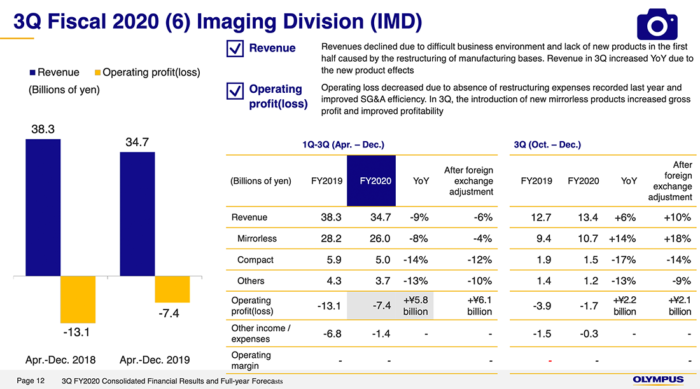 Olympus published the Q3 financial report and once more we have the same narrative: The compnay as a whole is doing very well but the Imaging Business is still unprofiteable.

Olympus also revised down the forecast in the Imaging Business: 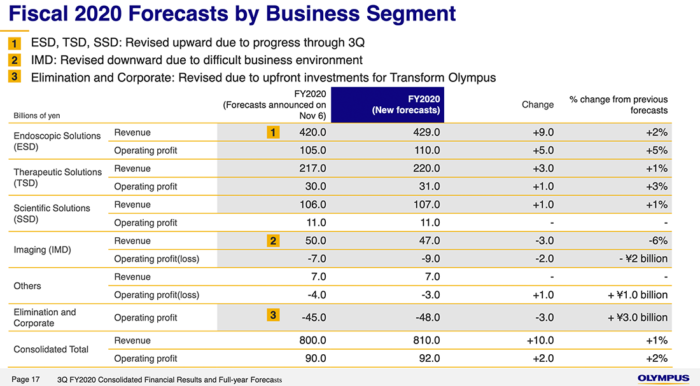 Olympus promised to release a Imaging Division restructuring program sometimes in Spring. Let’s hope they can figure out a way to increase sales…