–
This page will be continuely updated!

Everything else:
Dave Etchells (Imaging Insider) talk with Sally Smith Clemens of Olympus about the new E-P2 Digital Pen.

Imaging Insider: “Autofocus. Only one other problem came to light with the Olympus E-P1 in my shooting, and that was a tendency for the AF system to miss focusing on smaller foreground objects in favor of the background. That still happens with the Olympus E-P2, something I wish they’d addressed with a finer AF point, as is included on the Panasonic GF1.”

CNET Asia: “As with the GF1, the new Pen digicam has a port below the hotshoe for users to attach the VF-2 EVF. This accessory has a super-high resolution of 1.44 megapixels, almost seven times that of the Panasonic’s.“ and “On its own, the E-P2 is able to record stereo sound, though often it captures ambient noise as well.” and “The ports for the EVF on the GF1 and E-P2 are different, so they are not interchangeable.” and “The unit we tried was a prototype, so we weren’t not able to find out whether Olympus has fixed the slow focusing problem which plagued the E-P1.“

Photoscala.de: “E-P2+EVF = 899 Euro”
Thanks everyone for sending me the links! 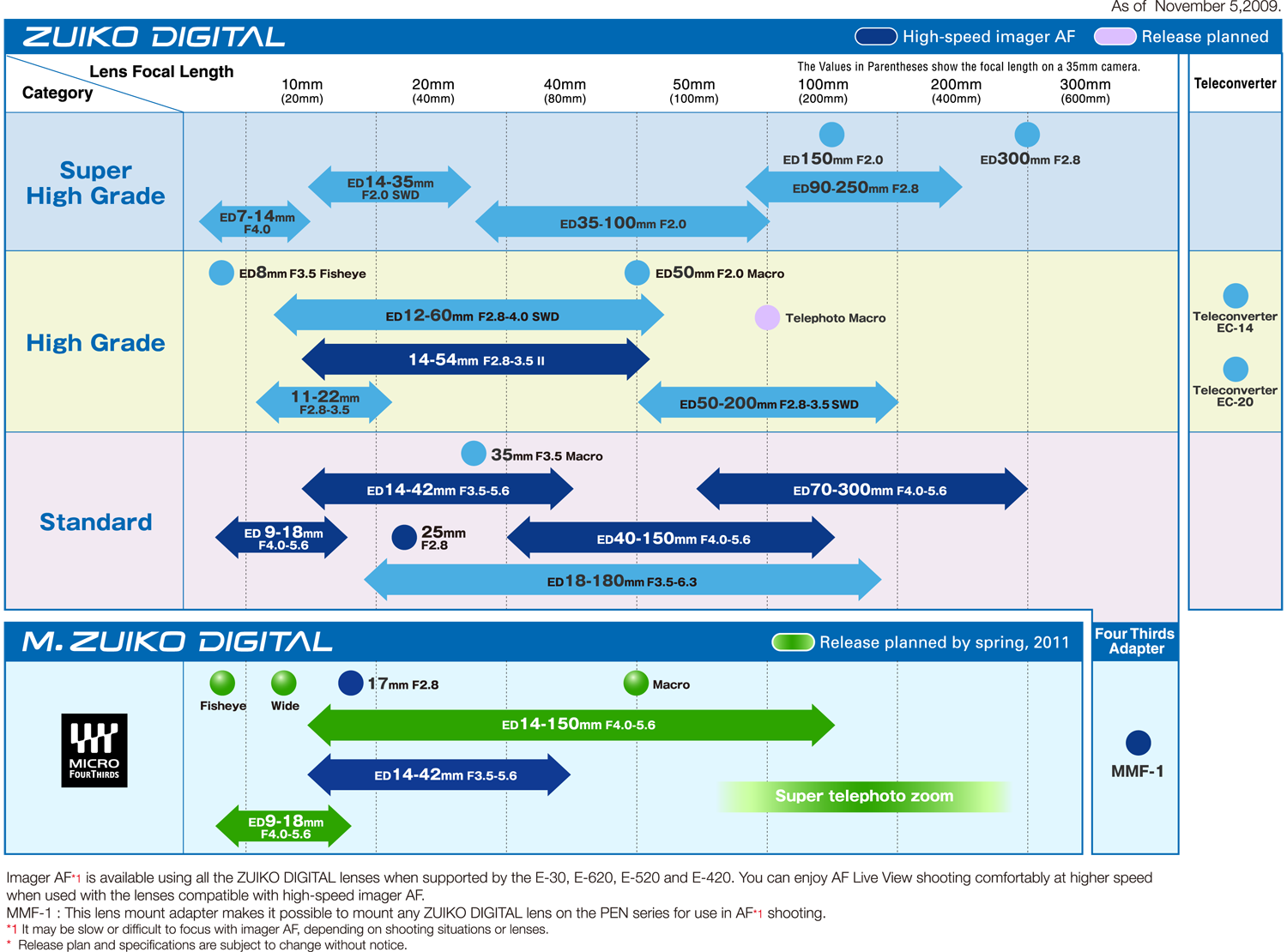