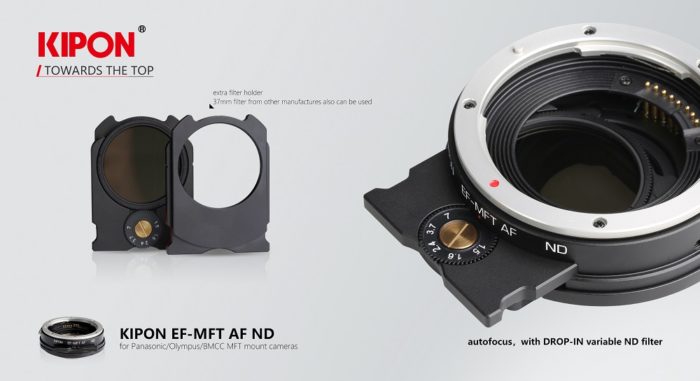 KIPON has announced the release of the new mount adapter “EF-MFT AF ND”.
This product is a model that is equipped with a variable ND filter in “EF-MFT AF”, which has been well received by many customers.
The mounted variable ND can be adjusted between ND3-ND128 (1.5-7stop), and can be removed when the filter is not used.
In addition, as with the previous model “EF-MFT AF”, the product firmware can be easily updated at home, so it can be used with the latest models that will be released in the future.
This product is scheduled to be released in Japan from the end of November 2019.
The manufacturer’s suggested price is ¥ 64,800 (excluding tax), and it can be purchased at KIPON domestic general distributor New Tokyo Bussan, large home appliance mass retailers, camera specialty stores, Amazon, Rakuten etc.