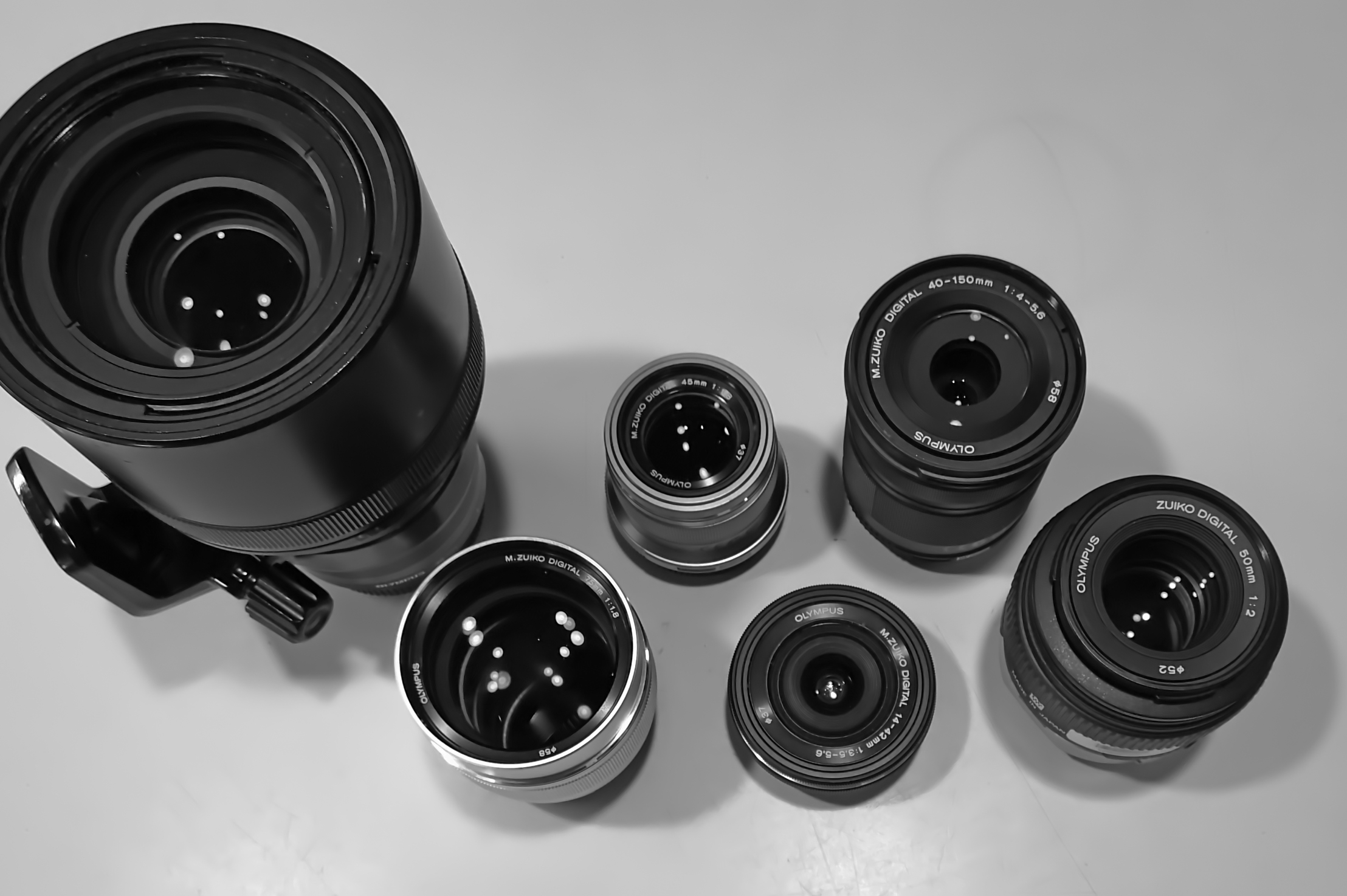 This is a Guest post from Jim Chung (original article here).

The idea for this project began as a thread comment from a knowledgeable poster who speculated that even modern Zuiko lenses were not able to fully resolve the nearly double resolution afforded by the High Resolution Mode. Resolution can be determined by the size of the smallest features clearly discerned. It is not the same as sharpness which describes the clean edge definition or outline of objects which is influenced mainly by contrast. It becomes more intuitive when one recognizes that FF camera sensors top out at about 50 MP and the Olympus High Res Mode generates a FF image equivalent of 200 MP – that lens optics and performance might become the limiting factor to the image’s final resolution.

In the tripod enabled High Res Mode, 8 images are combined. The sensor moves in three one pixel steps to allow the Bayer layer to collect true color data, and then the sensor shifts a 1/2 pixel to the left and up which theoretically doubles the vertical and horizontal resolution. The sensor then repeats the Bayer layer color data movements. Images look better because color reproduction is now accurate and not estimated, dynamic range is increased due to noise reduction from image stacking , and the image looks sharper since false color fringing is eliminated. Images can be enlarged with no IQ breakdown because resolution has also improved.

In order to quantify resolution and answer the title of this blog entry, I had to drastically change my past testing procedure. Being a cheap amateur, in the past I had printed the ISO 12233 resolution test chart from a downloaded pdf file on photo quality glossy inkjet paper at my printer’s maximum resolution. I was to learn that without vector graphics, inkjets are unable to print curved lines cleanly and this may be what was making my MTF curves exceed values of 1.0. Professionally printed charts are offset printed on matt paper with 10:1 contrast and can cost between $100-300 USD, I found one from a small well established Czech company for $60 (Danes Picta RES7 test chart) that had been optimized for digital cameras with the ability to test a maximum resolution of 4000 lines per picture height (lph).

Imatest is the industry standard software to use but a single user license costs more than the chart! I was happy to discover that Olympus released a very simple freeware more than a decade ago and it is still available on the CIPA webpage, HYRes3.1 is crude and requires some trial and error to understand how to get it to work correctly. 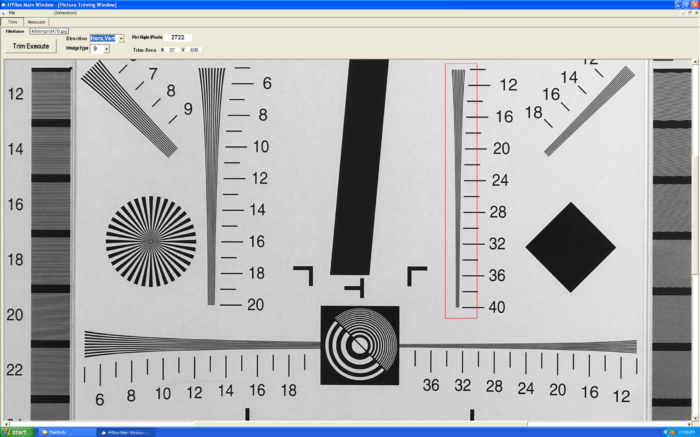 HYRes3.1 runs on 32 bit architecture, working for XP (actually via Parallels on MacOS) but unknown if it will work on Windows 7 or 10.

I tested a variety of lenses – primes and zooms, around 40mm focal length and of a range of price and quality. 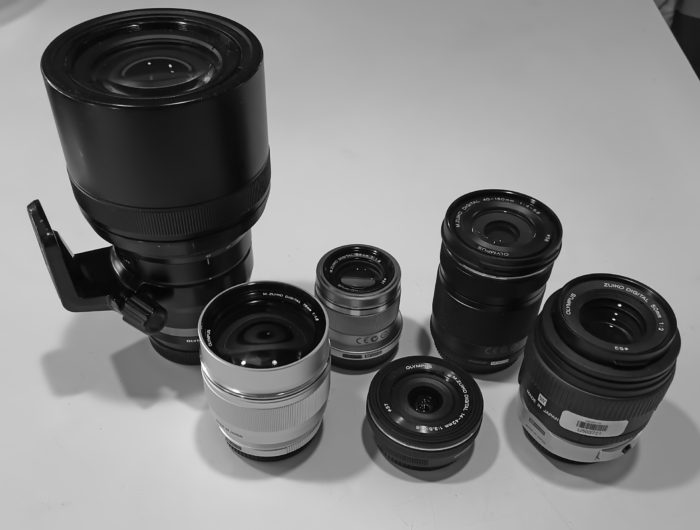 I tried to light the target as evenly as possible and framed the target with each different lens as similarly as possible as exemplified below. The E-M1X was mounted on a stable tripod with a geared Manfrotto head and triggered by a remote shutter release using single center square S-AF. 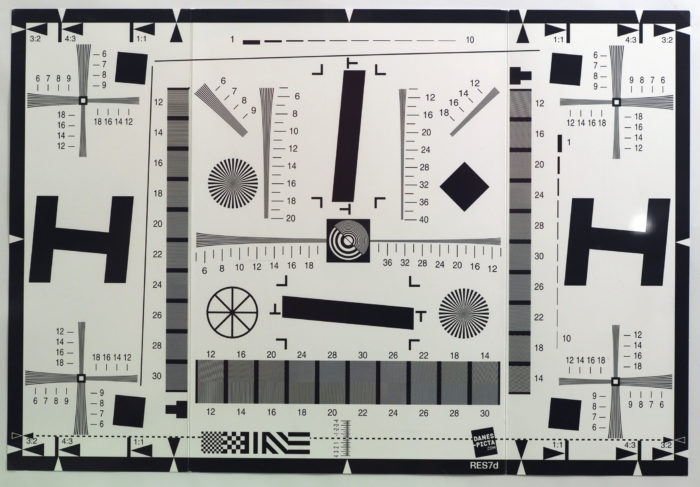 And the results were surprising: 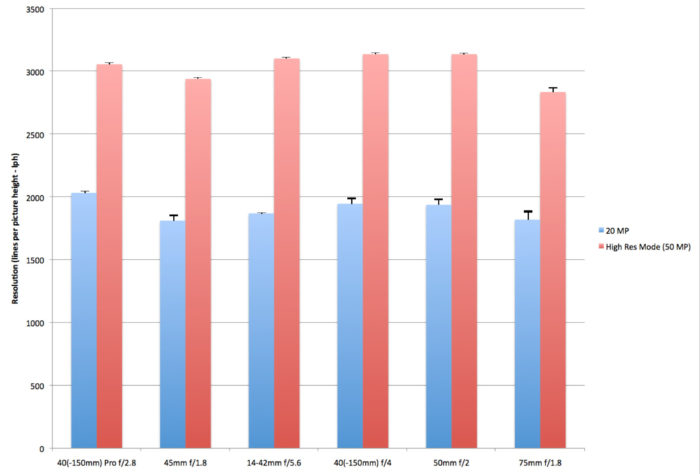 Results expressed as mean +/- standard error of the mean (n=3)

None of the lenses were able to deliver the expected and approximately double resolution when taken with the High Res Mode. Inexpensive lenses performed as well as expensive lenses with good reputations! 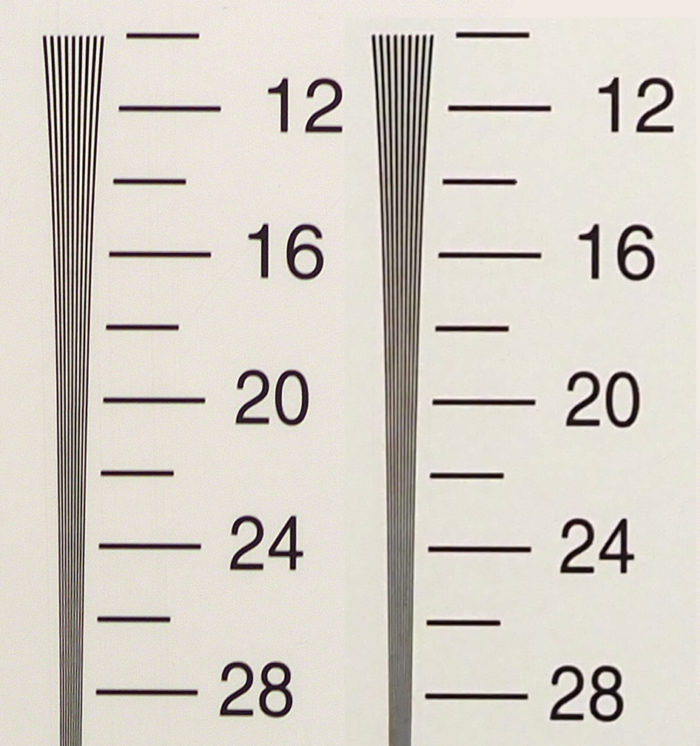 Resolution gains are self evident with the 50mm f/2 lens using (Left) high res mode and (Right) normal mode. The numbers refer to line spacing equivalent to hundreds of lines per picture height.

I tested the expensive lenses at f/4 where they should perform better than wide open and the results were mixed, not significantly better and certainly not significantly better than the two cheap lenses!  Given that the 75mm f/1.8 appears amongst the top five sharpest m43 lenses as tested by Dxo or Lenstip, if it can’t deliver the expected resolution gains then it’s unlikely any other lenses will. 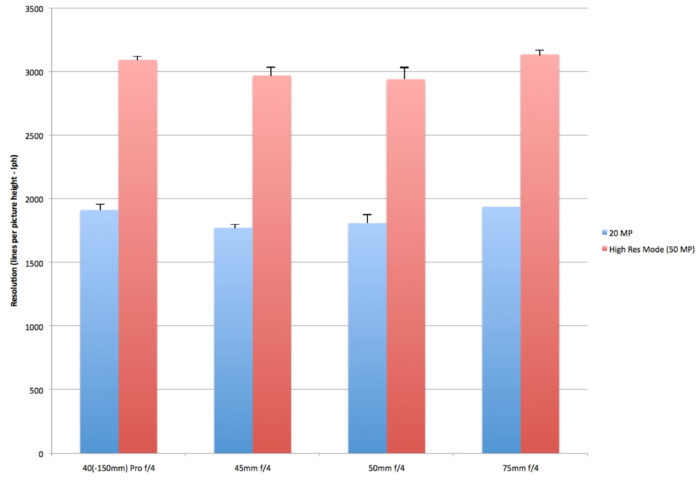 Results expressed as mean +/- standard error of the mean (n=3)

Of course a good lens and a higher price is not dependent just on resolution, there are many qualifiers that define optical excellence and the resolution tests do happen to test the inner half of the lens where all lenses perform best.  But I think the conclusion is inescapable, none of my m43 lenses deliver double the resolution capable of being captured by the Olympus High Res Mode.  Since these represent single lens tests, it is possible that all my lenses are inferior as there is a wide range of optical quality amongst commercially manufactured lenses.

There has been some forum discussion that any lens need only deliver 20 MP of resolution since the 50 MP resolution of the high resolution mode image is fabricated by moving the sensor which only delivers 20MP at any one time.   This does seem reasonable but a frequent m43 poster more knowledgeable than me has said this on the matter:  “If the image has 50 MP, the lens needs to resolve 50 MP; it doesn’t matter how the image is produced. In pixel-shift high-res, it doesn’t suffice to resolve 20 MP. If the lens could only resolve 20 MP, it wouldn’t be enough to produce a different enough image after the sensor being shifted by half a pixel for the resulting combined image to resolve more than 20 MP, either. “

In closing I’d like to revisit last week’s topic demonstrating the E-M1X’s hand held High Res Mode on living subjects.  It is challenging to do it at a semi macro image scale but much easier even with the 300mm f/4 Pro telephoto prime on much more distant living subjects.  It took a few tries until I convinced this House Sparrow to pose without moving for several seconds. 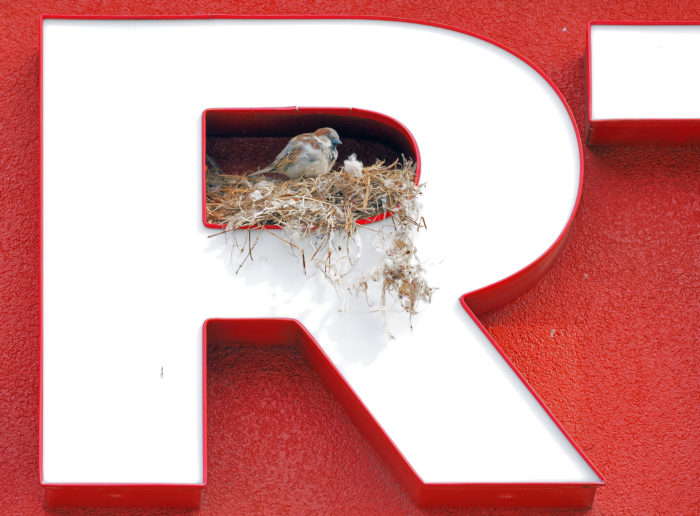 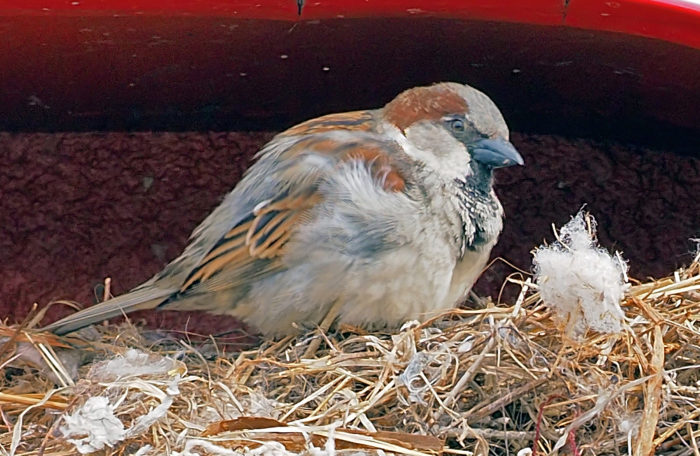 Text and Images used with permission from Jim Chung.