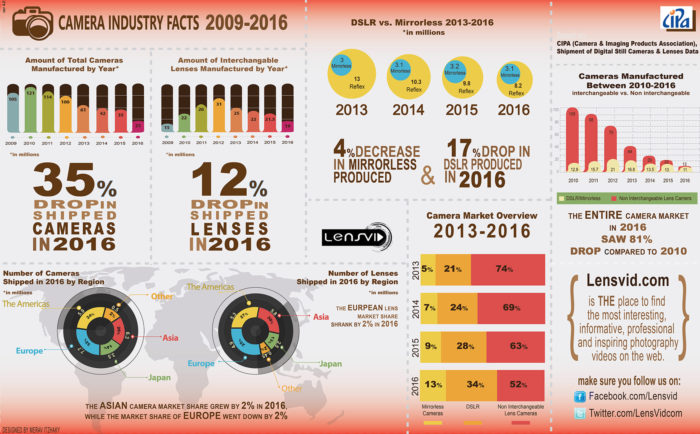 That things aren’t going well in the camera industry isn’t a news. But if you want to get a clear overview of how things went in 2016 check out the Inofgraphic made by Lensvid:

The only hope is that 2017 will be the first year were sales will not fall. And so far the January shipment report from CIPA looks promising. 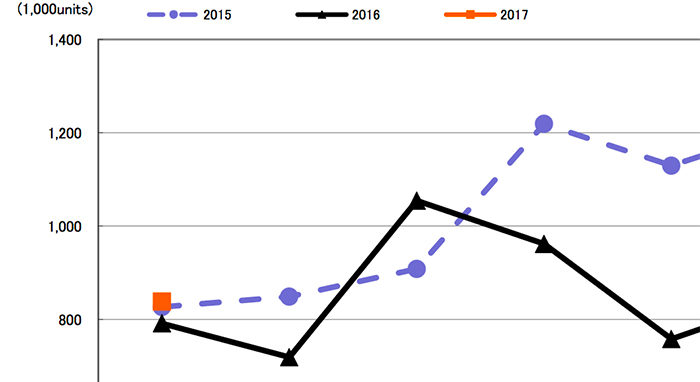 In January we got a 5% increase of camera shipments over the previous year.

Our reader Mistral (Thanks!) also noticed this: