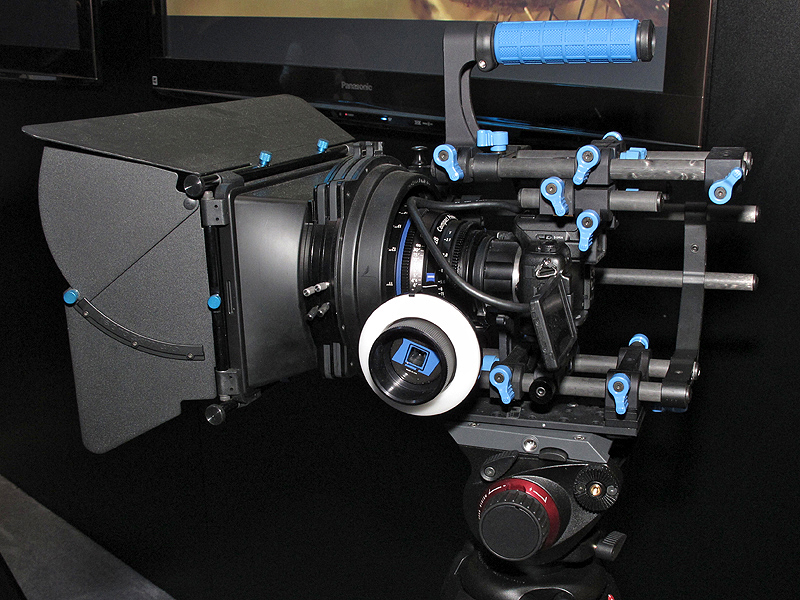 The Panasonic GH1 with Zeiss Cp+ lenses shown at Photokina 2010 (Thanks Terry!)
–

After Schneider Kreuznach also Carl Zeiss AG joins the Micro Four Thirds System Standard Group! This is not a surprise, Zeiss already announced months ago that they would add an exchangeable m43 mount for the compact Prime CP.2 lenses (Click here to read our article). Those lenses are very expensive $3.900 each at eBay (Click here). Two anonymous sources also told us that Zeiss is taking into consideration to make a Micro Four Thirds version of the current 15.5-45mm f/2.6 Zoom lens. The lens could be available by mid 2011 (But keep in mind that those are rumors from unknown sources!).

As you see the press release clearly mentions “ZEISS HD Video lenses“. It doesn’t sound like they are going to make “normal” m43 lenses (would love to see some zm-lenses for m43!).

P.S: All good things come in three, so after Schneider and Zeiss…who is next?