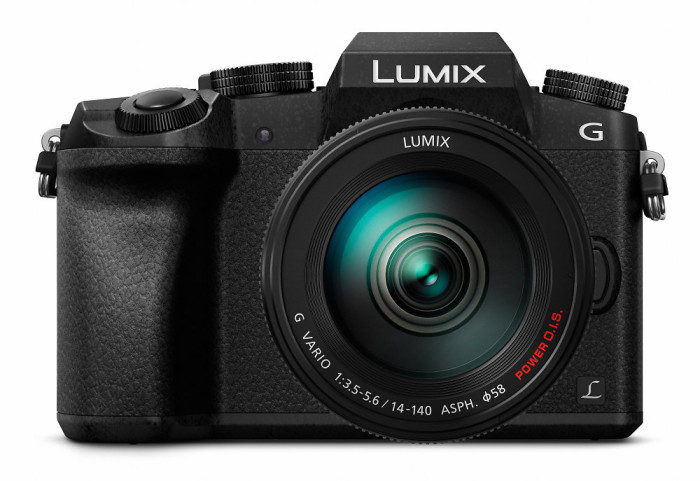 This is the official Panasonic press text for the G7 launch:

The LUMIX G7 is the latest realisation of Panasonic’s ongoing commitment to digital imaging innovation. The integration of a wide variety of cutting-edge digital technologies – including 4K Video and 4K Photo – allows professionals and amateur photographers alike to capture the perfect moment during any situation in stunning quality. Versatile and powerful, the LUMIX G7 brings even more control and creativity to all of your photographic experiences, from family get-togethers to capturing travels abroad.

Panasonic’s LUMIX G cameras are renowned not only for their still image quality but also for their high quality video capability. The latest addition to the range builds on the successes of the LUMIX DMC-GH4, which set new standards in 4K video capture. The LUMIX DMC-G7 records stunningly smooth, high-resolution QFHD 4K video in 3840×2160 at 25p (50Hz) or 24p in MP4 in addition to full-HD 1,920 x 1,080 at 50p (50 Hz) videos in AVCHD Progressive or MP4 (MPEG-4 / H.264) format with practical full-time AF.

Utilising the LUMIX DMC-G7’s exceptional 4K performance, Panasonic has been able to reimagine and reinvigorate the photographic process as we know it. Using the 4K video recording capability, the 4K Photo function allows you to extract with exact precision an 8-megapixel still enabling even the most fleeting moment to be caught in a still image.

Three exclusive 4K Photo functions are newly integrated into the LUMIX DMC-G7: 4K Burst Shooting, 4K Burst (Start/Stop) and 4K Pre-burst; all of which help allow you to capture and record that perfect picture by cropping the exact frame you want out of your 4K video footage.

4K Burst Shooting allows up to 29 minutes and 59 seconds of continuous shooting at 30 fps, which can be used just like a photo burst shoot mode by holding the shutter down. Similarly, the 4K Burst (Start/Stop) mode starts consecutive shooting with a single press of a shutter button and stops it with the second press, which is more suitable for shooting opportunities that require a longer waiting time. The 4K Pre-burst automatically records 30 frames the second before and after the shutter is pressed, giving you 60 chances to capture that perfect moment. Both the 4K Burst Shooting and 4K Burst (Start/Stop) modes allow you to capture almost 30 minutes of footage at one time, giving you tens of thousands of image possibilities in a range of different image ratios: 3840×2160 (16:9), 3328×2496 (4:3), 3504×2336 (3:2), 2880×2880 (1:1). 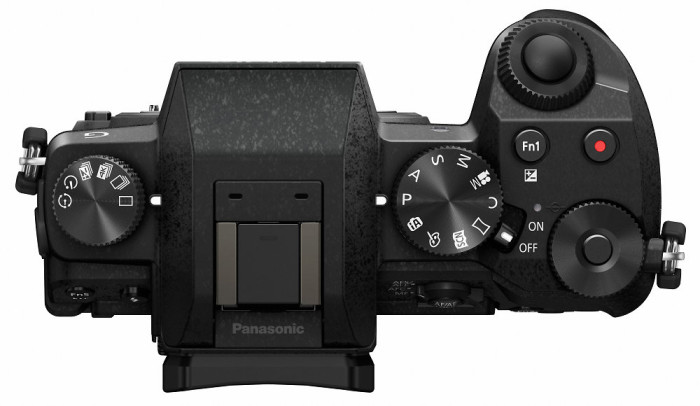 The power to capture the highest quality images

The Venus Engine improves colour reproduction with accurate evaluation of every frame, analysing not only the colour itself, but also saturation and luminosity. And the LUMIX DMC-G7 is also able to capture crisper shots than ever, even when using a small aperture, thanks to the processor’s new diffraction compensation capability.

A new and improved Multi-process Noise Reduction (NR) system applies effective noise reduction and detail processing based on the specific environment and conditions of each individual shot. Plus, the newly added Random Filter granulates chromatic noise and blends it into the image for natural looking shots that replicate exactly what you saw when pressing the shutter. Another result of this new NR technology is that the LUMIX DMC-G7 is capable of shooting up to a maximum ISO 25600. 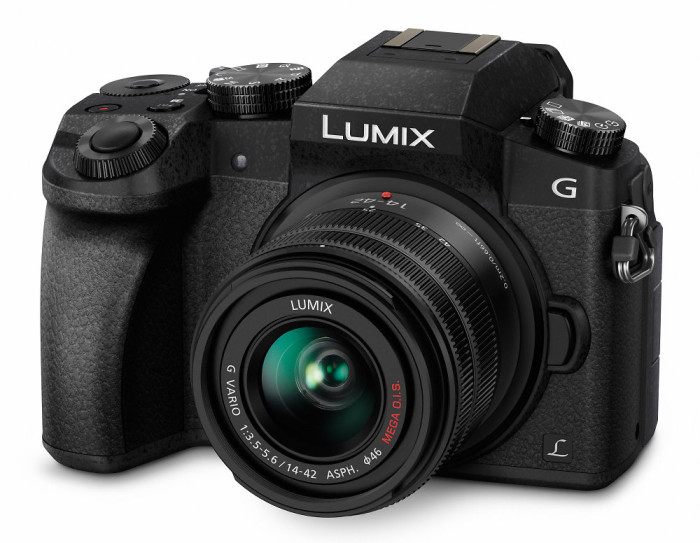 The LUMIX G Contrast AF system is incorporated into every LUMIX G camera and is capable of digital signal communication of up to 240 fps, resulting in breathtakingly quick and smooth auto focus.

The Contrast AF system in the LUMIX DMC-G7 is further enhanced by Panasonic’s integration of Depth From Defocus (DFD) technology1 which shortens the focusing time even further. DFD calculates the distance to the subject by evaluating two images with different sharpness levels while simultaneously analysing the optical characteristics of your composition. As a result, the LUMIX DMC-G7 achieves ultra-high speed AF of just 0.07 sec2. This lightning fast AF becomes increasingly beneficial as focal length increases and also enables significantly faster conventional burst shooting (8 fps AFS / 6 fps AFC) compared to its predecessor, the LUMIX DMC-G6.

Low Light AF makes it possible to set focus on the subject more precisely in extremely low-lit situations such as a moonlit walk along the beach. Furthermore, for the first time in the industry, the LUMIX DMC-G7 also integrates Starlight AF, allowing you capture individual stars and constellations in the night sky. In addition to the conventional Face Recognition AF, the LUMIX DMC-G7 also incorporates Face / Eye Detection AF, which automatically sets focus on the eye of a human face for portrait shots full of individual character. Similarly, Pinpoint AF allows you to magnify a specific target area to set precise focus point on your subject giving more control to the photographer and images that appear exactly as intended.

The LUMIX DMC-G7 incorporates a newly developed high-precision, high-speed dual OLED (Organic Light-Emitting Diode) display for the Live View Finder (LVF). The resolution of the LVF display area has increased to 2,360K-dots and boasts a magnification of approx.1.4x / 0.7x (35mm camera equiv.) The rear monitor features a 3-inch 1040K-dot Free-Angle touch screen display. Both provide 100% field of view to ensure you’re not missing a better shot at the periphery of the frame.

Thanks to the newly designed large eyecup, the visibility of the LVF has been dramatically improved. Image output between the LVF and the rear monitor is also switched automatically with the eye sensor on the LVF, in order to conserve battery. The new adoption of OLED not only improves resolution, it also provides high speed response with minimum time lag, allowing you take capture the exact shot you wanted.

To further enhance user control, the LUMIX DMC-G7 is the first LUMIX G Series camera to feature a new drive mode dial in addition to traditional front/rear dials. The drive mode dial enables activating modes such as 4K Photo more efficiently, allowing you to frame and capture photos and video faster and more accurately. As always, you can change settings such as aperture and shutter speeds with the front/rear dials and also temporarily change the assignment of specific settings using the Dial Operation Switch.

The LUMIX DMC-G7 integrates Wi-Fi connectivity for a flexible shooting experience and fast and easy image sharing. It is easy to connect the camera to a smartphone or tablet, allowing you to post images and clips to social media or email them to friends and family almost as soon as they’ve been recorded. Alternatively you can use your mobile device as a remote control for the LUMIX DMC-G7, changing settings such as focus, aperture, shutter speed and ISO, before triggering the shutter release.