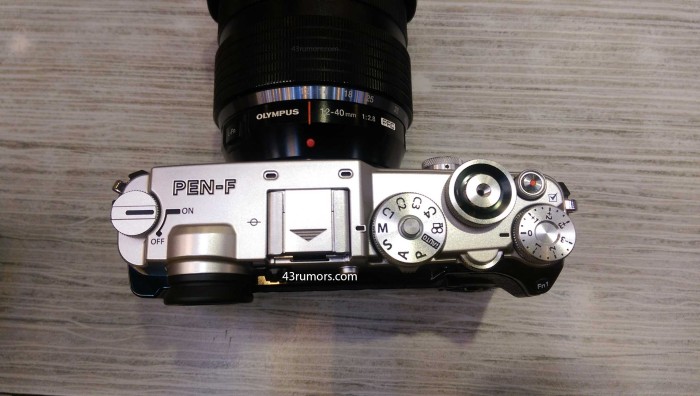 I got some more tidbits about the PEN-F from a trusted source:

Olympus Pen F – I have tried the camera and it is great.  You have got the specs right but it is NOT weather and dust proof.  Great viewfinder and a new patent on the rubber eyecup – no more lost eyecups. The Pen F also comes with a small flash more or less like the EM5 mkII.

The camera will be announced on January 27 at 5-6am London time. Follow the live blogging here on 43rumors!

Those are the PEN-F specs: