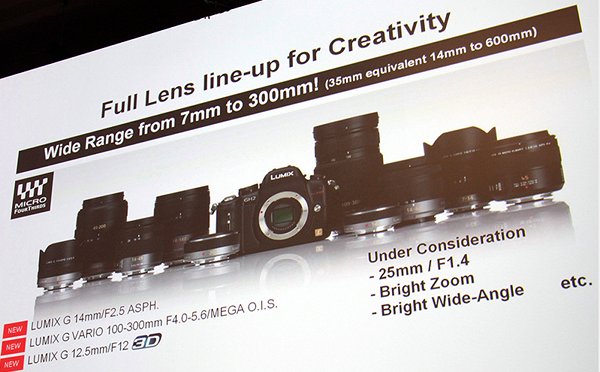 —
UPDATE: During the last 5 hours many sources sent me new rumors. I want to thank you all for your messages! Please understand that I will have first to doublecheck the rumors I received with other known sources. As you can imagine I often do receive false, or uncomplete (sometimes “crypted”) rumors and I don’t want to fool my readers. But one thing is certain: Olympus and Panasonic are ready to release a bunch of new cameras and lenses by very early 2011!
—

It’s Christams time and our sources have been so nice to send us the next very reliable rumor about Panasonic (Thanks!). According to them the new Panasonic 25mm f/1.4 lens will be announced in February/March! And there is one more surprise! It will be also be the kit lens of the next new Panasonic Micro Four Thirds camera!!! Sadly, I have no information about the camera (for now!).
The 25mm f/1.4 lens has been described by our sources as a very high quality lens (the image quality is very close to the actual [shoplink 16340]Panasonic/Leica 25mm Four Thirds lens[/shoplink]). But the lens will be bigger than the current [shoplink 14796]20mm f/1.7 pancake[/shoplink].

As you see on the roadmap above Panasonic is developing two new bright zoom and wide anlge lenses. But we are not certain yet when they will be announced. I was told by another source that Panasonic has already working preproduction samples. That’s why I expect those lenses to be announced soon!

If you know more about those new Panasonic lenses (or the new camera) feel free to contact me at 43rumors@gmail.com. You can also use the contact from on the right sidebar instead (it’s anonymous!).