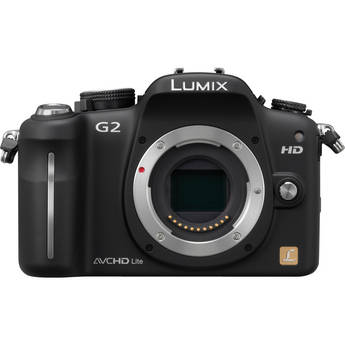 Image on top: The Panasonic G2 which should be replaced by the new G3.

I just received info from a few of my sources. Due the recent energy supply problems in Japan Panasonic had to delay the announcement of some of their upcoming products. The new Panasonic Micro Four Thirds camera and lenses will be announced in May (and not in April as I told you before).
UPDATE: Other companies have been hit very hard by the earthquake desaster. According to Bloomberg “Canon earnings this year will probably be 27 percent lower than previously estimated after last month’s earthquake and tsunami in Japan“. And Sony had to delete the lates product announcements!

Than Panasonic should announce a new Micro Four Thirds camera, the G3. The Panasonic G10 has already been discontinued, the G2 price lowered to make room for the new G3. There will be also a new Panasonic 25mm f/1.4 lens. It is not Leica branded, has no image stabilization and unlike the famous Four Thirds brother it is not Leica branded. It should cost around $700. That’s more than just a rumor because Panasonic UK product manager John Mitchell confirmed that the 25mm lens is coming this summer: “We are sure it’s going to be a great hit because it’s 50mm [35mm viewing angle] equivalent – really fast, really bright” (Source: Amateur Photographer). Oh forgot to mention: It has double the size of the current 20mm f/1.7 pancake.

Is there room for some surprise? Let’s hope yes! :)