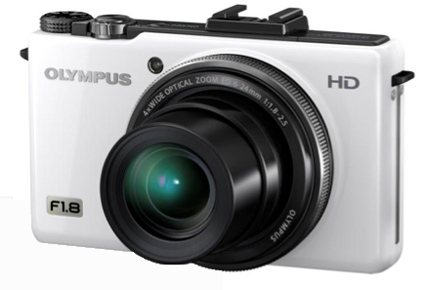 UPDATE: Sorry! The source made a mistake. The announcement will be made on Thursday the 6th and not on Tuesday the 4th!!!!!

On Thursday Olympus will announce the new Olympus E-PL2 (with same [shoplink 14832]E-PL1[/shoplink] sensor), the new XZ-1 high end compact camera (with [shoplink 17288]LX-5 sensor[/shoplink]), three new converters, two new underwater case, the pen module, a new close up spotlight and a bunch of new compact cameras (VG-120 VR-310 TG-310 TG-610 SP-610UZ). I guess the official time release is 6-7am London time (January 6th). The new accessories should be in Stock very soon in January. The E-PL2 and the XZ-1 will probably hit the stores in February. Panasonic will also present a new bunch of compact cameras (including the new S-series) but I don’t expect any more than that from Pana. I was told that nor Canon nor Nikon will make any big announcement so the Olympus E-PL2 will be the only new large sensor camera to be presented at the CES show.

As usual follow us on 43rumors. I will make you a nice summary of all previews and interesting links. I also do hope you will keep following me after the E-Pl2 announcement. I already have been told that Panasonic and Olympus will make major product announcements by late February-early March! I expect new Micro Four Thirds lenses and cameras from both of them (at least 2 cameras and 5 new lenses!). UPDATE: it looks like Sony could show a new NEX but as prototype only (see SonyAlphaRumors). And I forgot to mention that Samsung announced the NX10 copy..the NX11 LOL! (Via x-rumors)