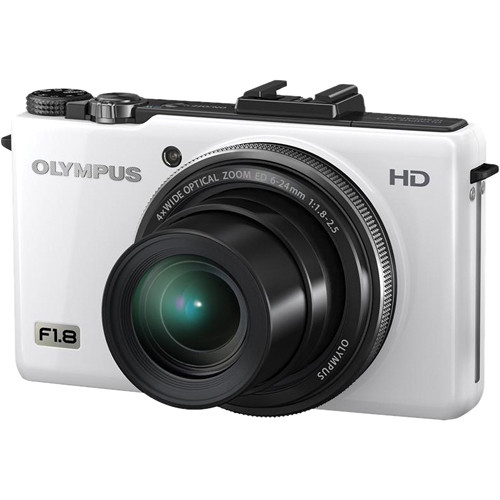 It’s very hard for me to get a clear picture about the upcoming Olympus products. But after a long work with many sources (Thanks!) I can share some pieces of reliables rumors with you.

(FT4) It’s almost certain that there will be two new PEN cameras in June. A couple of new sources even said there are three new PEN’s coming. But according to two of our known sources that doesn’t sound to be right (or only two of them will be announced in June, and the other model some time after?).

(FT4) One camera will be a very LIGHT Pen. And it sounds like it will be placed BELOW the actual E-PL2!!! It has a completely new design. I don’t know how it will look but I wouldn’t be surprised if it would take the shape and form of the current [shoplink 19904 ebay]Olympus XZ-1[/shoplink]. But that’s my speculation only for now. Hope to learn more about the design soon. I got no specs about that camera from my known sources (new sources said that there will be a new 12 Megapixel sensor).

(FT5) I am almost 98% sure the [shoplink 14830]Olympus E-P2[/shoplink] is going to be replaced by the newer E-P3. It will be announced in late June. My trusted anonymous sources said that this is a “PRO” model. But that’s all I got from them. I hope the word “PRO” defines a camera that it is a step above the actual E-P2. To me the new E-P3 has to be very different from the current E-PL1/2 line otherwise it doesn’t make sense at all! Let’s hope Olympus will not repeat the product reiteration they had the last two years. The big question is: Does it have an integrated viewfinder or not? Will the E-P3 resurrect the old [shoplink 22259 ebay]Olympus SP rangefinder[/shoplink] design? I didn’t get a definitive answer on that until now. If some of my sources knows something than please send me a message using the contact form on the right sidebar. Thanks! :)

I really do hope Olympus will make it right with both new models. An ultrasmall PEN makes sense to me and it will compete against the upcoming GF3. Let’s see if Olympus manages it to keep the in body IS or not. And than let’s also hope the new Olympus E-P3 will be one of those cameras that can hurt the current [shoplink 19929]Fuji X100[/shoplink] hype. that would be something amazing!

P.S.: I got some rumors about the second portrait lens from Olympus. Hope to get some confirmation form other sources too!