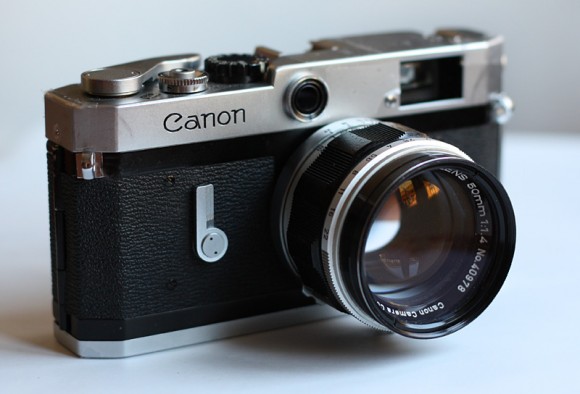 Take that Nikon and Sony! Canon just announced that they will join the Micro Four Thirds coalition! Canon Uruguay just released an official press release: “Canon confirms that mirrorless has no reason at all to exist. In our opinion it’s a waste of time to develop our own CSC-ILC-Mirrorless-EVIL system. But during a latino party we had yesterday our southamerican manager told us that every second camera sold in Japan, every fourth camera sold in Europe and every fifth camera sold in US are mirrorless. So we quickly decided to join the Micro Four Thirds coalition. We still had no time to send a text message to Panasonic and Olympus to share our decision. So please guys don’t tell them anything until we made them a call.”

In a second statement Canon Japan stated that the “first camera to be announced will be the [shoplink 21245 ebay]Canononet analogue camera[/shoplink] which will have a MFT logo on it and a built-in MFT adapter. That was the fastest, easiest and cheapest way to release a camera“.