A source told me that actually Olympus plans to announce one more camera this fall. He didn’t tell me what this might be. Let’s hope the JIP partnership didn’t change the roadmap.

What do you think we shall get soon? 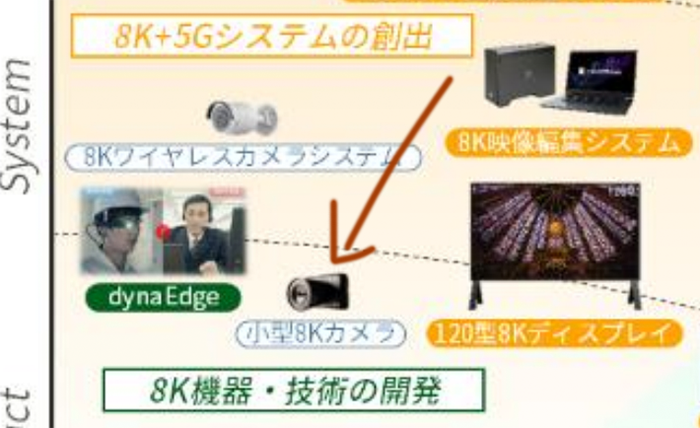 Today Sharp published this new roadmap (PDF file). And it says that Sharp will announce a lot of new 8K products within the next two weeks in celebration of their 105th anniversary on September 15. As you can see from the crop on top you can also see the 8K MFT camera that was first displayed in 2019. My hope is that indeed we are going to finally get this new cam!!!

Those are the rumored/shared specs…but they might have changed since 2019:

Imaging Resource had a chat with Mr. Yosuke Yamane, Director of Panasonic’s Imaging Business Unit. This is what he had to say about the future of MTF:

There is some video footage which only Micro Four Thirds can realize, in terms of optimum depth of field, mobility, zoom ratio and so on. So Micro Four Thirds is also a precious asset for us to cover video shooting needs. The GH-series has been already used by lots of videographers, and it is used for high-end video shooting by one-man operations. So without fail, by using the GH, customers can make very attractive footage using the characteristics of Micro Four Thirds. We are now studying how we are going to evolve GH series going forward, [to make the most of its advantages].

For telephoto or super-telephoto, maybe we should go with the Micro Four Thirds, which makes a more compact package with high-zoom. So we are studying the future development plan, including Micro Four Thirds.

Summary:
Miro Four Thirds will focus on video and telephoto performance. While the fixed lens camera business is death.

A source told me this:

I have recently been told by a Olympus representative that JIP is most likely to continue developing the PRO segment of their MFT system, and possibly there will be a re-branding without the Olympus name. It is also likely that they will discontinue the volume cameras, such as the E-PL series. Non of this is officially confirmed, but it is said that they are working on a press release that will be released within approximately one month from today.

Makes sense to me….what do you think? 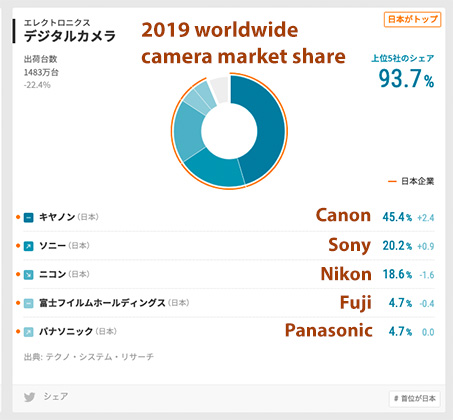 According to the newly published Nikkei data Panasonic has now surpassed Olympus and now holds 4.7% of the market share. Olympus is now on the sixth position (not mentioned on the graph on top).

Nikkei is picturing a dark future for the camera makers:

With the market shrinking at such speed, companies are at great risk of falling into a fixed-costs crisis. Some analysts believe the entire industry will collapse unless companies undertake major reforms, like splitting design and development from manufacturing, and consolidating production.
The impact of Olympus’ decision to quit the camera business and discard 84 years’ worth of experience, may spread.

Interesting they do NOT mention Sony or Fuji being at risk: The brand names they make are Nikon, Canon, Pentax… 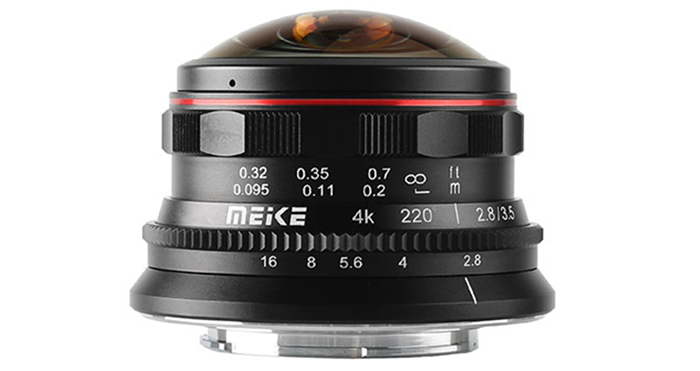