Panasonic representative from Germany has confirmed that the AF-Tracking feature in movie mode has been taken out of Firmware 1.0. Source: vimeo.com/groups/gh1/forumthread:235149

The Gh2 (with Firmware version 0.2) had the AF-Tracking feature in movie mode enabled. But according to a german GH2 owner that feature has been removed with the official firmware 1.0. He had a talk with a Panasonic representative: “The good news is, that I got a call from the Panasonic manager who I talked to yesterday. The bad news is, that has confirmed information from Japan, that this feature has been taken out of Firmware 1.0.”

Meanwhile Philip Bloom updated his “Which… Video DSLR to buy?” post and added the GH2 which he highly recommends: “So all in all a big improvement over the Gh1 but PLEASE we NEEED 25p!!!!! If 25p is irrelevant to you this is simply one of the best “DSLRs” on the market for shooting video. The stills mode is pretty good too!”

Now let’s make a short GH2 in Stock status (as usual feel free to add your links to help other 43rumors readers to get the GH2 as soon as possible!):

In three days we saw two third party retailers selling the GH2 via Amazon (Click here). So keep checking. You might be lucky!
Other stores like Samys, Simplyelectronics sold out their (very few) GH2 cameras.
P.S.: At least the new Panasonic 100-300mm for $599 at Amazon (Click here)

Many stores do have the GH2 in Stock. As you can imagine in Europe we have dozens of online stores for every single country. That’s why I give you only a few link to the biggest known stores: Amazon.de, Pixmania.fr, Amazon.co.uk, Pixmania.it, Pixmania.pl, Pixmania.es.

A few friends from Singapore, Taiwan and Hong Kong mailed me to say the GH2 is in Stock almost everywhere at local retailers.

Thanks all for keeping me up to date with all deals! I want to see your unboxing videos as soon as possible ;)

Kipon realized the first EOS to MFT adapter with built-in aperture control! You can already found them on eBay (Click here). I don’t know how bad or good they are. Someone tried it? 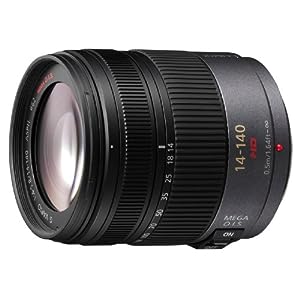 Panasonic announced a new firmware for the Panasonic 14-140mm lens. The new FW improves the stability of O.I.S.(Optical Image Stabilizer) and AF(Auto Focus) in movie recording. According to a first 43rumors user report the “OIS does seem to be more efficient at the long focal length“.

Thanks Rotislav, Helge, Forum Olympus France for sending me the link!

glimpse of andalusia from emeric on Vimeo.

OlympusCafè launched the Olympus Cafe TV, where users can see all Olympus/Photography related videos in one place on the site.

Panasonic will launch a new LCD protective film for the GF2 on March 12 (DC.watch.impress).

A 43rumors readers sent me following text: “G2 has the Extended Teleconversion feature of the GH2. I checked the manual and sure enough the G2 has the extra teleconversion feature that the GH2 has even for video. They called it EZ zoom for the G2 though. It is limited to a single 3.1x zoom for videos but it appears to be the near lossless version of the GH2. It crops the sensor instead of scaling.
I can’t believe no one has mentioned that the G2 had this before? Panasonic did not even advertise it.
Now that the G2 can be hacked it could be amazing with the 100 mb/sec MJPEG settings and the teleconversion feature. I think the G2 will increase in value in the near future.
G2 manual page 56 explains how its EZ zoom feature works for Video and Stills.
http://tda.panasonic-europe-service….90/vqt2s42.pdf
Thread about G2 teleconversion
http://www.dvxuser.com/V6/showthread.php?230515-G2-has-the-Extended-Teleconversion-feature-as-well ”

Another mail form a 43rumros reader: “Not a rumour but you may be interested to know that I have posted full jpegs from my recently received Panasonic Vario 100-300 zoom lens for m43 platform. These are in a Flickr group I have created for the lens:
http://www.flickr.com/groups/1577115@N21/
I also posted my impressions in the 4/3rds forum of GetDPI:
http://forum.getdpi.com/forum/showthread.php?t=21481 “

Hunter Richards posted a very interesting GH2 1080/24p codec vs GH13 codec (44mbs 1080/24p hack) image comparison at DVuser.com. The GH2 is definitely resolving more detail and at 3.200 ISO the image is almost clean! And Panasonic guru Barry Green explained why the 24Mbs AVCHD codec is better than the 44Mbs: “Even then, this isn’t as good as it gets. The AVCHD in the Gh2 is much better than the GH1’s version, but it’s still not up to the standards that the AF100 can do. Bigger hardware, bigger memory buffers, more efficiency. Even at the same bitrate. I really do hope this dispells once and for all the notion that “more megabits = better footage” because, very frequently, that just isn’t correct. It’s the type of megabits, and how they’re used, that determine the efficiency and how good the final pictures look. The only way you can say “more = better” is if you’re talking about the exact same thing (i.e., AF100 at 21mbs vs. AF100 at 17mbps… in that case, yes, more = better).”

Meanwhile our canadian 43rumors readers are sending me many mails because they received the GH2 from Henrys, Downtown Camera in Toronto and other shops. You guys have to explain me why you are the first (non-japanese) to get stuff form Panasonic. I hate you ;)
British readers are the next! Mathers of Lancashire, Amazon UK

and other known stores should have the GH2 in Stock next week.
US readers are using the guerrilla strategy with the hope to get the camera sooner or later. They simply preorder at any online store that has the GH2 on list :) Panasonic is now accpeting preorders and so Amazon

P.S.: Let me know if you find the GH2 in Stock in Europe! Thanks!

Anthony sent me the video and with the following message: “Hey guys, can you help me out, we at spiked – www.getspiked.co.uk – have just launched an anti bullying campaign and filmed a small interview with one of the ambassadors, it was shot on a gh13 with a 7-14mm lens, 300mm sigma 2.8 and sigma 1.4 lens, interview was on a steady cam in the ring. This campaign should hopefully help get rid of bullying in our schools. Thank you for your time!!”

The Panasonic GF1 is off the system chart: http://www.panasonic.net/avc/lumix/systemcamera/gms/pdf/g_series_system_chart.pdf (Thanks Peter) 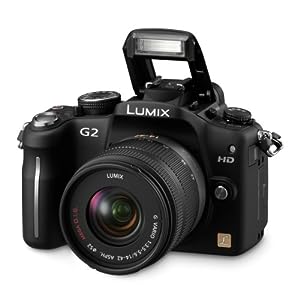 Please, consider all patches status, except MJPEG and AVCHD end user patches, as “very risky”!
Download link is present in first post of this topic.”